I do NOT agree with combining a states, such as Montana/WYO/Colorado? NO WAY.
C

If anything, the states should be broken down further, by grooming district 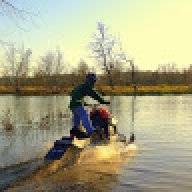 Scott said:
I do NOT agree with combining a states, such as Montana/WYO/Colorado? NO WAY.
Click to expand...

revrider07 said:
I would bet 03rmk800 had no idea this would lead to a forum overhaul when it was posted
Click to expand...

No, I didn't expect it to develop this way. I was just hoping to get eople to get posting. Succeeded at that, and was happy to see spitballing that could recover some camaraderie. If we don't insist on having our own special slot (think a sub forum allowing only purple haired left handed lacto vegetarians born on leap day), we can gain a lot by broader exposure.
Early in the death of major newspapers, Colorado ended up with one paper, which then halted delivery to the hinterlands, or priced people outside the metro I-25 corridor out of the readership. About the same time, the "must carry" rules knocked Denver TV stations off rural cable and satellite carriers. The result has been ugly-- deepened the rural urban divide, deprives us outside the cities of knowing what state and federal government are doing, and other negatives. I think some of this happened on Snowest, and reducing subforums will allow people to reconnect.

This is the best kind of feedback a Forum Admin can ask for.
We will be rebuilding these forums all through this season.
So I am more than happy to entertain a VARIETY of changes that the members are asking for.
NOW is the time to speak up and let me know what you would like to see change.

Look at all that has happened while I was on vacation!

Good to see that others have a similar opinion for reducing the number of sub forums.

I still think we need to combine a HUGE number of the sub forums, and forums that havent been posted in for several years can just be moved to an archive / search group. Same can be said for some of the snowmaker groups....some of them are not even in business anymore. 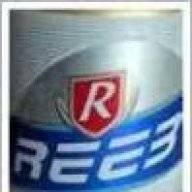