should you buy an ABS pack? Mine saved my life today, I vote yes. 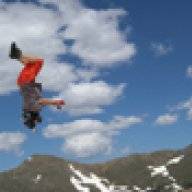 First off, Thanks to www.snowbigdeal.com & Mike Duffy (www.avalanche1.com) without THEM I don't think I'd be telling this story. Of the things that went wrong, there were a bunch of things that went right (basic habits & solid training), and those guys are a big part of the reason they did go right!


Today was very high avy danger in CO, you didn't have to check CAIC to see that. HEAVY wind, lots of fresh snow, near whiteout conditions.

I was on a 10-15 deg slope, just starting to roll over to a chute, I realized I was in the wrong place (horrid vis, I was off by about 45 deg from the side where I thought I was) & started to turn around. I was already on the edge of the snow, then saw cracking, so I moved onto the rocks to let it go by.
No big deal... let the little slide go by. After I was out of the way... I got hit by a freightliner.
I Got slammed so hard I ripped my seat off my sled when I came off, went to the bottom, pulled the ABS trigger, then felt/heard it inflating, got raised to the top, face down, and swam to the edge of the slide.

70 feet below me was a cliff that would have destroyed me, period.

this is a channel to the left of the cliff.

this one give a better visual to the kind of drop.

Getting to the top of the slide was KEY, being able to swim imo kept me alive.

After being slammed into the ground... I feel all of them played a part. My legs feel like I just swam some V+ creeking... nasty stuff.

This was not highmarking, this was not in what we THOUGHT was a dangerous place, we were taking a path I've been on many times, but with no vis, I was off of where I thought & I had NO IDEA what we were underneath. Trigger was remote, crown was 12-15 feet and approx 150-250 feet away. Debris piles are huge, my 320 probe (larger than average) barely hit the bottom of some & didn't touch others.

By far the most dangerous slide I've ever seen. I've seen bigger, but nothing that would throw you over a cliff like this one & still have the amount of snow traveling for as long as it did. Snow was still running nearly a minute after I got up.

This was one of the small crowns that ran down the other side of the chute, (Well below where I was when it took me)

Couldn't get good enough vis to get a decent shot of the main crown. There was debris that was between house & bus size.

Approx 2k ft below the chute: The debris pile is much larger than it looks, photo is taken from a spot which was about 12' deep.

This was not some adrenaline fueled F up, the kind of event you can tell yourself you'll never be stupid enough to be in, this was a simple navigational error that we made on a common snowy day & it nearly cost my my life. 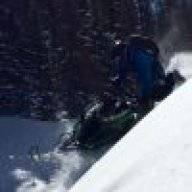 Damn Kaleb glad you came away with your life bro.. Scary $hit right there. I was in a pretty big avy myself last year and was able to ride out of it. Home arena like you on a mild slope I've ridden 1000 times before. The one day of the entire last 2 years I forgot to bring my ABS pack. Shame on me. Never will forget it ever again, and this is just a solid reminder of that. $1000 just saved your life. Well worth the cost. 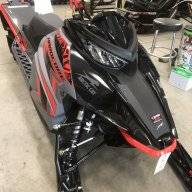 Glad you're all right. This will be a good thread for all the guys that say, "They don't need a pack because they don't Hi-mark"...It can happen anywhere, even if you are playing it safe.
M

Kaleb, I read your FB post about this...thanks for sharing here also.

Once you have your avy report done, post that as well...great learning tool for everyone.

Again, happy for the outcome...good gear is a small price to pay to save your life. 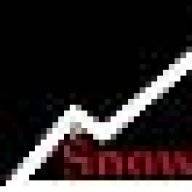 backcountryislife said:
Go get a pack. My sled didn't make it home today, but I did. THAT is the difference.
Click to expand...

That's a pretty good way to describe it! 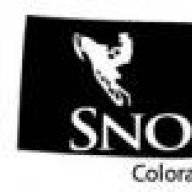 Glad to hear your alive Kaleb, my friend. Sobering read. Goes to show avy's play no favorites. Anyone anytime.
Hope you are well tonight, with Abby and Jonesy!

knzee said:
Glad you're all right. This will be a good thread for all the guys that say, "They don't need a pack because they don't Hi-mark"...It can happen anywhere, even if you are playing it safe.
Click to expand...

That was pretty much my whole point of posting this thread. Remote triggers are a freakin SCARY thing. I was going about 2 mph btw...

Modsledr, I filled out the CAIC report, but not sure how to "get it" from them to repost it.

Here's a cut & paste: based off of their form.

WOW, all i can say. I would love too see some more pics of the crown that broke and the route you were on ect. to fully understand how even being careful resulted in almost getting killed. Kinda hard to imagine your experience, but I'll take your word for it. 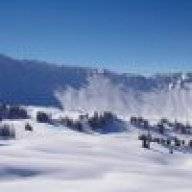 Wow, you are very lucky even with all the training and equipment! Thanks for sharing and thinking about documenting what happened! I have been involved in a recovery it is not something I ever want to do again! Same thing a place we have been many times it just didn't look like it was a bad place till it happened! Changed me for life! Glad you are home and uninjured! 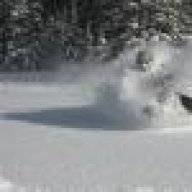 Glad your OK.Sleds are replaceable lives are not.

Your story makes me seriously consider an ABS pack.Highmarking is not my usual thing but this proves you don't have to be doing it to be involved in a slide.
Pete

silvester said:
WOW, all i can say. I would love too see some more pics of the crown that broke and the route you were on ect. to fully understand how even being careful resulted in almost getting killed. Kinda hard to imagine your experience, but I'll take your word for it.
Click to expand...

Visibility was terrible, here a shot I took when it got GOOD!

I could see the crown from closer, but wasn't pulling the camera out.

This was about where I was when I got hit, you can JUST barely see the slope that the slide came from on the left.

This is HUGELY mild compared to the stuff we ride all year long. I was surprised by the amount of speed it came down with considering the angle & the small size of the slope it came off of.

Qreiff said:
Glad to hear your alive Kaleb, my friend. Sobering read. Goes to show avy's play no favorites. Anyone anytime.
Hope you are well tonight, with Abby and Jonesy!

Never been so happy to see Jonesey's fuzzy face when I got back to the truck!!!:face-icon-small-hap
T

Kaleb,
Let me know if you need help getting your sled. I have Wednesday off if you haven't recovered it by then.
S

I figured the pics from today wouldn't capture the full scope of the situation due to visibility. Maybe it will be clearer when you go back for your sled. None the less, be safe out there.
J

Glad you are alright bud but it looks like more then a small navigational error being anywhere near that slide path in those conditions. The ABS pack might have saved your bacon, but if you are as experienced as you are always saying you are and were using that experience you would have been no where near there in those conditions. Riding BLINDLY above treeline in Colorado in those conditions is easily as dangerous and stupid as highmarking above your buddies. You were not an innocent bystander here, this was not a freak accident. When you are out almost every day it is easy to get a little too comfortable with the mountains and forget the basic rules. I put this on here not to slam you but to hopefully help others from making the same mistake.

I had to call my best friends parents and tell them he died in a slide last year (he was a super experienced climber and skier as well as a sledder, and was taken out by a natural release from 3000' above while crossing a bad spot), and I wouldnt wish that on anyone. I still think about it every day. A lot of people who go down in slides are the most experienced, and we all need to be reminded sometimes that complacency kills.

Stoked the pack worked, Glad you made it out and I hope your sled makes it out in one piece. 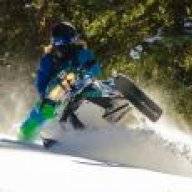 Glad everything worked in your favor in the end....

Thanks for openly sharing your experiences for others to learn from.
S

You're a lucky man! Dang Kaleb, glad to hear you're OK and I'm also happy to hear how well the avy bag worked for ya.
S

Very glad that your ok. 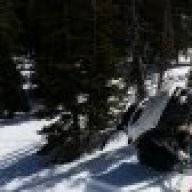 Glad to hear your ok, I hope i never have to use the one you sold me, Thanks Again and stay safe!
You must log in or register to reply here.