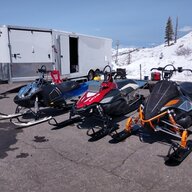 Just putting this out there so others dont get screwed...

is a scammer he tried to get one on me but I caught him in his lies, have proof over text messages, also the pictures he used from another guy who actually owned the sled he was trying to sell me, that I personally talked to also confirmed that he sold the sled to a guy in washington. Not minnesota where this lloydbrianedwards lives.

Just putting this out in the open so nobody else gets scammed by this guy... It was a terrible scam btw I knew he was full of it from the beginning.
W

Sent from my Infinix X683 using Tapatalk
You must log in or register to reply here.