Why is the Matryx so heavy? 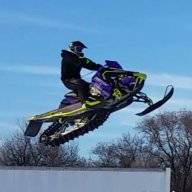 Sheetmetalfab said:
This is hilarious.

Cat’s are famous for ripping the whole rear tunnel off.

I don’t think that’s much of an endorsement.

I think that is mostly because the Cat is a split tunnel,the ones I have seen break where it rivets. The Matryx is one solid stamping 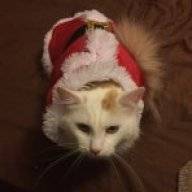 bjd68 said:
I dont get why u think the cat tunnel is filmsy have u seen the axys tunnel, I have a 18 cat and never had issue with tunnel bending and I carry a tunnel bag and fuel caddy on back, and have rolled it muitple times lol
Click to expand...

Cats rear section is a pop can. Its a good thing they are replaceable. A good rear bumper can solve that problem though, its not a big deal.
S

Purely My guess, but i think polaris kept the weight how it is strategically. Think about it, this chassis will most likely be around for the next 6+ years. Polaris has to have tricks up their sleeve for the future models to improve/lighten and get people to buy/upgrade to new models. They obviously arent having a problem selling the 2022 models. Just my 2 pennies. 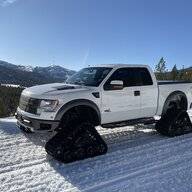 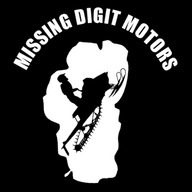 Track Man said:
I’m wondering why the Pro RMK Matrix slash is 419 and the RMX Khaos matrix slash is 424. Don’t know why the Khaos would weigh 5 pounds more.
Click to expand...

monotube shocks on Pro (for weight spec) // Velocity shocks on Khaos
Extra limiter strap on Khaos
Not sure on 2022 Khaos Slash models but on 20-21 Khaos front overstructure was aluminum versus carbon. (on the 22 Khaos Slash I had, the overstructure was carbon BUT it was a pre-production model-- certain details could be different on production sleds)

I too am disappointed about the weight gain, but the silver lining is that the new cooler should make for a lighter sled as soon as it's been on the snow. Getting rid of the cheap carbon fiber in the chassis isn't a bad thing either: it probably only accounts for a pound or so, and lots of guys go that way anyway after cracking or breaking the CF bits.

I don't think we'll see any big weight drops until we see an all-new chassis, and maybe not then. I think Polaris made a risky but wise decision from a marketing perspective when they focused on weight in the Pro chassis and did nothing exciting under the hood (setting aside the Dragon/Pro 800s' reliability issues). They can't just ignore the market looking to spend money on a turbo, obviously, but I hope they're not just thinking about HP for the foreseeable future. It's hard telling what they've got in mind for a follow-on chassis. I'd bet the current architecture is about as light as it can be made without unacceptable compromises, but that doesn't mean it's time to rest on their laurels. Somebody's going to come up with the next big thing, and you can't bank on selling refinements of what you've got indefinitely just because it's a challenging market. 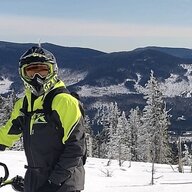 As sleds get lighter, it gets a lot more expensive to lose more weight. Carbon fiber is probably the only legit way to shave off a lot more weight, but it's too pricey.

Less donuts will likely yield better and cheaper results for most riders.
C

So long as the tunnel is stronger I'm ok with it. I won't be buying one for a few years anyways, so we'll see what the aftermarket comes up with.

I know most argue that ski-doo weight is ok because they're durable. Hopefully polaris has strengthened what they have seen as weak spots and we will have another win with durability.
D

The matrix hood with the 7s display feels 20lbs heavier than the ayxs hood with PID gauge. Im sure its less but man it feel like a lot
F

Sure hope the tunnel is strong ??
Keep looking at this video over and over and the tunnel looks tweaked on the left sled. 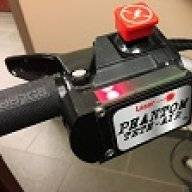 A couple interesting things to ponder. My 19 RMK came with light weight shock springs and carbon fibre over-structure. My 21 Khaos went back to the heavy springs and aluminum over-structure. Was this done to beef up the 21 or make the weight difference to the 22 look less?

Next for actual weight changes the 22 has a new track with nubs on the outside of the rail. This will be heavier. Some models have a single heat exchanger and I heard some models have the extra exchanger up front??. The driveshaft has also changed, did it get heavier? The plastics also could have got heavier? The gauge got heavier but that is an option on the N/A and should not be added in as extra weight. The fuel tank is now smaller so RTR weight may not have gone up. And finally with the heat exchanger moved up on the Slash with the shorter tunnel will the back end feel heavier (less leverage) or will it feel lighter? (less weight near the rear)
7

You guys are totally overlooking the new ventilated ski loops! Must have saved at least 5 or 6 grams per side. Who asked for those anyway?

73 Starfire said:
You guys are totally overlooking the new ventilated ski loops! Must have saved at least 5 or 6 grams per side. Who asked for those anyway?
Click to expand...

To finish copying cat.... lol
Out back, Copied the short tunnel and cooler, upfront u don't want to mess with one of the best mountain skis ever made so, u copy the ski loop...(minus the retarded cat hook) 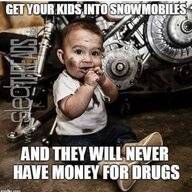 summ8rmk said:
To finish copying cat.... lol
Out back, Copied the short tunnel and cooler, upfront u don't want to mess with one of the best mountain skis ever made so, u copy the ski loop...(minus the retarded cat hook) 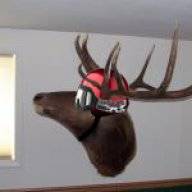 Maybe they reinforced the crush area so we dont have to plate it .

Exactly. Do you notice your fuel at the beginning of the day vs end of the day?

BJorgy17 said:
Exactly. Do you notice your fuel at the beginning of the day vs end of the day?
Click to expand...

A gallon of gas weighs about 6.3 lbs. So for a ten gallon tank that is over 60 pounds. A lot of weight. 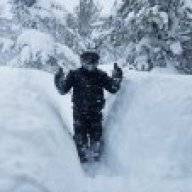 What’s interesting, most of the 2022 parts are already listed. Except boost.
The NA 2022 ignition parts, as of last weeks posting, are identical to the MY2021.
Unless there is a 2022 running change, I’m not looking forward to an updated system right now. Maybe it’s a supplier issue. But ......

TRS said:
What’s interesting, most of the 2022 parts are already listed. Except boost.
The NA 2022 ignition parts, as of last weeks posting, are identical to the MY2021.
Unless there is a 2022 running change, I’m not looking forward to an updated system right now. Maybe it’s a supplier issue. But ......
Click to expand...

Maybe it's all in the ECU and it's backwards compatible? Or maybe it's boost only and they left that out because marketing sucks at the details (my buddy is an engineer, the things marketing teams **** up is quite amazing).
You must log in or register to reply here.

The Matrix Slash Is unreal