I am looking to go riding over Christmas this year and have option of going to Whiefish Mt or pagosa springs CO. What are the conditions and snow like over this time in Montana? We rode out of WhiteIsh 8 years ago in March and loved it. Any help would be fantastic. 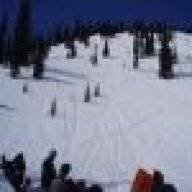 We usually get our biggest dumpings around December 20th to the 23rd, usually. This year was much different than most, we didn't get any BIG storms till February and it ALL came at once. 4 Feet in 1 week this year. We still had snow just not the normal early dumpings. You should be safe at Christmas most years though. Still have good riding early but the late riding (March) is almost always the best time. As you have seen.
You must log in or register to reply here.
Premium Features