You are using an out of date browser. It may not display this or other websites correctly.
You should upgrade or use an alternative browser.
H

I spotted and ad for a new technology involving primary weights. The Super Rat fly weights. Has anybody tried these? www.thesuperrat.com

In 2001 I tried to get a patent on that exact same principal...Makes me wonder where super rat got the dea..patent application is still posted on pat office site..hummmm

the issue was Randy Nouis from stupid torquer ( *** clicker ) filed suit as infringment on his patent for variable mass..

Spuperrat has not returned a call, answered an e email or identifed themselves..

probably would be a good idea to put SUPERRAT on the same page as radial reed and mike boanvita..all smoke and mirrors...steer clear.

If however they do come to market and are delivered the pricipal is correct, the angle of the track is NOT.. it will not backshift well at all...unless he reads this and puts a small spring in to force the ball backk. 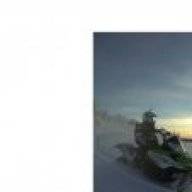 puts a small spring in to force the ball backk.

EXACTLY :light:
You must log in or register to reply here.