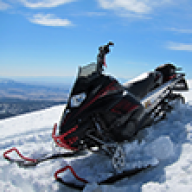 As much as I hate to, I am going to put this up to see if there is any interest in it, really dont want to part with it but with a child on the way this seems like a good shot to raise some cash.

This rifle is almost brand new. I have maybe shot 50 rounds out of it, but I have accessorized the hell out of it.

Picture of its current setup - It has a aimpoint micro t1 mounted, a magpul AFG mounted to the stock (with a magpul rail section bolted to the stock for the AFG to hook to), blue force gear padded vickers sling with m14 buttstock adapter and their cable sling adapter up front. The front sight blade on these socom rifles is a tritium night sight.

I also have ammo that I would like to sell with it as well. Lots of it. have at least 180-200 rounds of american eagle m1a ammo (168g HPBT match ammo), and 800-1,000 ish rounds of german army and USGI surplus 147g FMJ ammo. I also have some match handloads that I would offer with it as well, at least 1,500 rounds, but I am not offering that up front due to the fact that they are handloads. That can be negotiated in though. There are a couple boxes of tracers in there too. 400 rounds of the 147g ammo is still in sealed german army battlepacks.

I would like to sell this as a package deal, as I really really really like this rifle (and my wife loves it too, and is mad at me for putting it up for fundraising), but I could not turn down a deal on the whole package.

Most of the cost is really in ammo, as I have A LOT of it. I dont want to get rid of all of my .308 ammo, but the good stuff for the m1a is obviously included. The only stuff I am keeping are the hunting and soft point rounds I can still shoot in my ruger #1 single shot.

This rifle, optic, ammo, mags, everything can be had for $4,000. If you dont want the aimpoint, I am willing to take it off and either keep it or sell it speerately, in that case the price is $3,500 sans optics.

Aimpoint micro t1 now available, in brand new condition. I will also include an extra battery for when the stock battery goes dead (will have to leave it on for 5 years or so for that to happen though)

For those interested...history of our Carry All.