You are using an out of date browser. It may not display this or other websites correctly.
You should upgrade or use an alternative browser.
R

Having issues with the infamous doo recoil. Seems like the pawl assembly is worn but would like some confirmation on the matter. When old recoil broke and I pulled string entirely out of assembly. Took apart and found shaft broken away from housing. Housing was modified by me with bolt to prevent keeper ring from falling off. Was thinking it was my **** fix being at fault, but now im not entirely sure. Before the failure occurred the recoil was getting progressively more sluggish (lack of a better term) in the rewind action. Bought used housing and replaced with all pawl parts from broken recoil. Now after reassembly beginning to think the pawl parts are at fault given the pawl stops slip past the each other at times and possibly bind resulting in the aforementioned issue described above. Stupid design. Any thoughts? 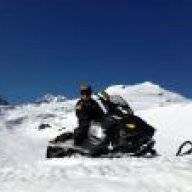 Get the whole starter assembly off a RT1000. End of problem!
You must log in or register to reply here.