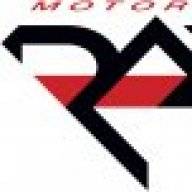 So now that the King Kong kit is out there let me start answering a few of your questions.

How does it work?

It all starts off with our Wingman kit from RAZE. The Wingman is our stand alone plug and play ECU that replaces your stock ECU. Using the stock sensors, and a barometric pressure sensor that is on the ECU it fully altitude and temperature compensates as you ride. It also has a strategy that is designed to run the bike as snike, not a dirt bike. We apply maximum timing at all times producing more usable power while watching the crank for any hesitation. If we see a variation in the crank speed, we know we are about to have a knock, once we see this we back the timing off a touch and hold RPM's. This way you never feel the rev limiter. This is technology that no one else in the industry utilizes. Our Thermostat is included with the Wingman. This thermostat can completely shut off the flow of coolant quickly bringing the engine up to operating temp, and is a vital part of the snikes ECU built in strategy. It also has a port for our liquid heated handlebars. see Razemotorsports.com. The Raze ECU has full control over the Pro Charger as well. We utilize a re-circulation valve. This technology is used on many modern super cars. The computer commands through the use of an air actuator a spring that controls the blow off valve. Having control of the blow off valve allows us to command boost. With this control we can command any boost value we choose. The King Kong Procharged kit will work at 10,000ft as well as it does at 1000ft. At low elevations we can bleed a lot of boost off so we don't endanger the engine, high elevation the King Kong will build up to 17lbs of boost and keep the bike running at the desired 90 HP.

This is a pre-production King Kong. Those of you that saw it at the Edmonton Snow Show were STOKED, but noticed a few small issues we were already working on. Some noticed how close the shifter is to the belt case. This is a small issue we are dealing with. We have two fixes, just need to test them. We will either need to run the kit with a Rekluse or some sort of pneumatic shifting. We understand that some of you love the Rekluse, some hate it. So we are working on the right answer. Another option would be to go with smaller wheels inside the case, which will allow us to have a smaller case and still build the same amount of boost and allow for full use of the shifter. Second, the air intake is for sure something we are working on. At the minimum, it will have some sort of helmet and utilize Frog Skin or a like material to keep snow away. We have considered running the intake above the front fender but this creates other issues. The biggest perhaps being noise for the rider. When the Supercharger barks it would be right by your head, not something I personally would enjoy. Third, we have a plate aluminum skid plate that will be included with the kit to protect the Pro Charger.

The King Kong is looking to turn heads everywhere it goes, oh yeah and it whistles on idol!!

Do you have any videos of the setup hill climbing? How has testing been going?
S

Did this ever make it to production? Couldn't find any info on what happened to it after the prototype... 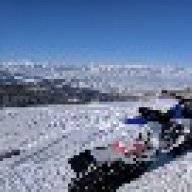 Did this not ever work out? Not reliable??

Sent from my SM-F900U using Tapatalk
You must log in or register to reply here.