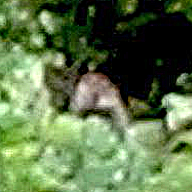 minibob said:
Good day . Regarding to the Perc parts will the parts listed work on a 2001 rmk 800 ? What would still be needed to have perc reverse on the 2001?
Click to expand...

For the 2001, you need to also change out the ignition switch, the carburetor and the voltage regulator. I have a 2004 carburetor for an 800 for $100. The other 2 can be found on Ebay for cheap.

The additional parts not listed is the oil pump. The oil pump that is used with PERC, also pumps oil when the engine goes backward. You can find those for about $45 on Ebay. The oil pump is suggested but normally reverse is not used long enough to require oil in the gas. But it doesn't hurt. If you wanted to go with the deluxe PERC conversion, then you could add the tachometer which has Blue Reverse Light that comes on when it shifts, but that may require a new electrical harness for the tach and speedo. But that is not necessary because you just goose the throttle a little, to see whether it wants to go forward or backward. The engine completely stops and restarts when you hit the reverse button, so you will definitely know whether it is in reverse or not, without having the blue light to look at. Let me know if you are still interested. The total cost would be $300 including the CDI harness. Free postage for continental U.S. Refer to your personal mail box for my email address. I am including the CDI harness for free.
Last edited: Jun 3, 2018
You must log in or register to reply here.
Premium Features