The NOAA has issued a winter weather advisory for most of Montana and the northern tip of Wyoming. Bridger Bowl Ski Area could see up to 2-FEET of fresh snow, and Big Sky Resort 12-16″.

...WINTER WEATHER ADVISORY REMAINS IN EFFECT UNTIL 10 AM MDT
THURSDAY...

* IMPACTS...Travel could be very difficult. Areas of blowing
snow could significantly reduce visibility at times.

* ADDITIONAL DETAILS...Snow increases in coverage this morning,
with periods of snow expected through Thursday morning.

According to the forecast discussion, a strong cold front will move south from Canada today, bringing with it falling temperatures and another period of accumulating snow. This system could see snowfall totals up to a foot before another system moves in on Friday.

For Friday through Sunday, another potent and even colder system is expected to move through the region late Friday into Saturday and bring another round of accumulating snow, gusty winds, and unseasonably cold temperatures. There are some discrepancies on how much snow this system will produce but accumulations of another 3 to 7 inches seem likely for most areas, with higher amounts along the Divide and over higher terrain.

This system will be followed by another blast of cold air, with more record cold temperature records possible. Low temperatures in the single-digit and teens below zero seem plausible, while highs struggle out of the teens. 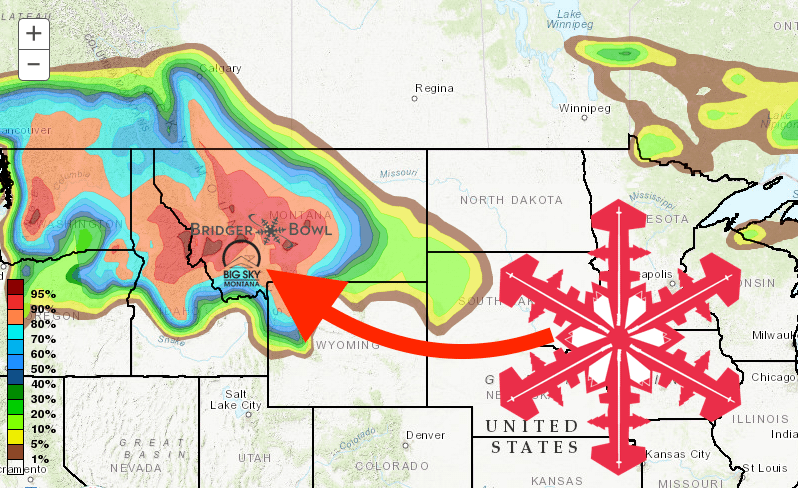 The NOAA has issued a winter weather advisory for most of Montana and the northern tip of Wyoming. Bridger Bowl Ski Area could see up to 2-FEET

it does kinda feel like we might be getting off to a GOOD START for this season..

IMHO looks like Cooke City gonna get the most 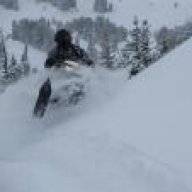 This is from Missoula, I know there are places that got more, but its a pretty significant storm for this time of year!! Hopefully it is a sign of things to come this winter!

webcams
You must log in or register to reply here.

EPIC ALERT- Several feet of snow likely for the west next week, especially the Rockies