Hi all, first post from a background lurker here. This will be a long post. I had considered reviving an existing related post but decided against it. Family has been riding Polaris machines for decades. 50,000+ trouble free miles across 7 machines. The only rebuild to speak of was a 97 XLT at 12,500 miles on the od and that was by choice. We have on 06 Fusion 600 with 9000 miles that will get a rebuild this summer, but anything that we've owned from new, and done the initial break-in ourself, has been rock-solid.

I made my first mountain trip in Feb/19 with my 14 Pro-R 800. I knew once I had one trip under my belt I'd be buying a proper mountain sled. After that trip I bought a used 2013 Pro-RMK with 800 miles on it and put about 200 on around home last spring before the snow disappeared. Headed to Golden with it in Dec/19 and blew the motor on day 2. This was our first ever forced rebuild. Eventually diagnosed it as a seized con-rod bearing. While having that repaired, we found the dreaded left side driveshaft issues. Shaft spun in the bearing and wore itself down. This was 3 days before a planned trip in Feb/20. We didnt have time to source a replacement so we had it machined/sleeved. Ran the break-in tank of fuel out at home the day before we left, then headed out. On day 2 (again) the machined end of the repaired shaft snapped on a long side-hill pull and i finished the day on the end of a rope, (again).

Secondly, the sprocket side of both the old and new driveshafts has a threaded depth of 1 1/8th" for the retaining bolt. From my reading, I thought the 14+ had a deeper well, allowing for a longer bolt? Regardless, I intend to use as long of a bolt as possible to get the fullest thread engagement as I can.

While removing the old driveshaft, with the drive sprocket side still fully engaged in the bearing that was still snap-ringed in the housing, the left side of the driveshaft would not align with the bearing mounting access hole for easy removal. Looking at it from the left side of the sled, the driveshaft was making contact at approximately the 4:30 position. I had to use pry bar to gently pull it into alignment with the hole so that I could fully remove the shaft. At that, I had to keep the bar on it while another person tapped it on the sprocket side to get it removed.I would have expected a little better alignment. Is it possible that the (pictured) mounting plate that retains the bearing on the sprocket side was bent or warped somehow?

It seems like a fairly well reinforced and ribbed piece. I wouldnt think it could/would bend or warp. If my written explanation isnt fully illustrating my question, I will mock up the new/replacement parts and take another picture to demonstrate how far off it was.

Hopefully you guys arent so sick of talking about these issues on the 13's that you dont want to discuss it more. Thanks in advance.
J

The clamp on the drive shaft was polaris’ fix for the driveshaft issue in 2013......keep using it!! 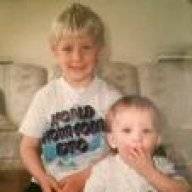 For the drive shaft bolt depth- we just get a driveshaft out of an Axys (16 and up) press on your old drivers - you then have the deeper hole..... the drivers on a Axys are 7 tooth and the pros used 8 tooth as to the difference in track 2.4 vs.2.6 ........additionally use ARP bolts to sucure the lower sprocket to the drive shaft.. the are better then OEM for sure
Even in our 14 pro's ( with the stock driveshaft) we have gone to ARP bolts and have never had a bolt faliure.. so you have 2 choices to go with..

As far as the clamp- we run with a Happy Face clamp in addition with the stock polaris clamp now you have 2 clamps ( one on each end of the drive shaft) and have a pretty bullet proof shaft now.

It looks like you have some additional clamp there but..Here is a pic of the 2 clamps on my 16 shaft in a 14 pro. The Happy face is on the right it is much wider than the one you have pictured.

I can not confirm this on a 14 shaft but I believe the reason for a deeper drilled bolt hole was to use a longer bolt and allow some streach on the bolt when tightened to supply more holding power on the sprocket to shafts fit without breaking the bolt. They most likely drilled and tapped the hole deeper and then drilled around .375" of the threads out to allow space for the bolt to streach. As far as the shaft not lining up for removal, I would install the shafts without the track into the beltdrive plate, install bottom sprocket without the belt and tighten the bolt. Then see if the other side with the bearing mount plate lines up with the holes in the tunnel with out having to force the driveshaft into alignment. If you need to push the driveshaft over/up/down to get it to line up your belt drive plate could be bent or the bearing could be cocked in the bore from the failure of the previous shaft. If it lines up i would not worry about the movement needed to remove the shaft, if it does not line up you need to determine and correct the missalingment. The bearing is a press fit into the back plate bore so if it is cocked in the bore the back plate may be damaged also. If you have misalignment on the bottom shaft this will side load the bottom drive plate bearing and cause early failure and the belt drive belt will track against the side flanges causing belt heat, belt wear, and pulley wear.


Quote
While removing the old driveshaft, with the drive sprocket side still fully engaged in the bearing that was still snap-ringed in the housing, the left side of the driveshaft would not align with the bearing mounting access hole for easy removal. Looking at it from the left side of the sled, the driveshaft was making contact at approximately the 4:30 position. I had to use pry bar to gently pull it into alignment with the hole so that I could fully remove the shaft. At that, I had to keep the bar on it while another person tapped it on the sprocket side to get it removed.I would have expected a little better alignment. Is it possible that the (pictured) mounting plate that retains the bearing on the sprocket side was bent or warped somehow? It seems like a fairly well reinforced and ribbed piece. I wouldnt think it could/would bend or warp.

Reply
Just looked at your picture with the clamp on the PTO side of the drive shaft and had some more thought to share on this. Polaris does not normally install a clamp on this side (shaft glue failures were on the drive side of the shaft and the clamp was implemented to address that side, however clamps have been installed on both sides for added durability by some) so the hole in the tunnel most likely will not be cut out large enough for the driveshaft with the clamp on it to clear when removing the drive shaft. If the clamp was still on the shaft when you were removing the shaft, the clamp may have been the interference issue you were experiencing, and removing the clamp may have resolved the issue.

Thanks for the responses guys. I did remove the pto side driveshaft clamp before removing the driveshaft. Even if it had aligned properly, it wasnt going to pass thru the mounting hole. When i mocked up the replacement driveshaft, it was also out of alignment the same amount as the damaged original. Towing the sled in definitely warped the backer plate on the mag side. Looks like i get to try my hand at adhesive bonding. On the plus side, the jackshaft, rotor and upper drive sprocket were undamaged.

Rather than use the domed washer to mount the lower sprocket, I am just going to replace the lower sprocket with a 14 and use a flat washer. I have read that this is acceptable practice. It had rubbed intermittently on the backer plate and although it was just cosmetic damage i may as well fix it to address the problems that seem to be well documented on the forums. My mountain trips are done for this winter anyways so I have the time.

If you look at my pic of the clamp on the MAG side- it encompasses the entire face of the bonded shaft- which in-turn give you a better structure drive line .
It is far above the OEM clamp for sure- and provide you with a bit more security... Just an FYI

Spent a bit of time in the shop tonight and confirmed my suspicions...definitely a warped backer plate. I've got a replacement on the way. Now I just have to find the Lord 406 Adhesive or an acceptable substitute and get this machine back together. 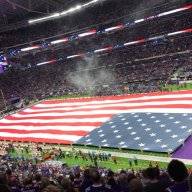 This is where I get my lord 406 adhesive from.