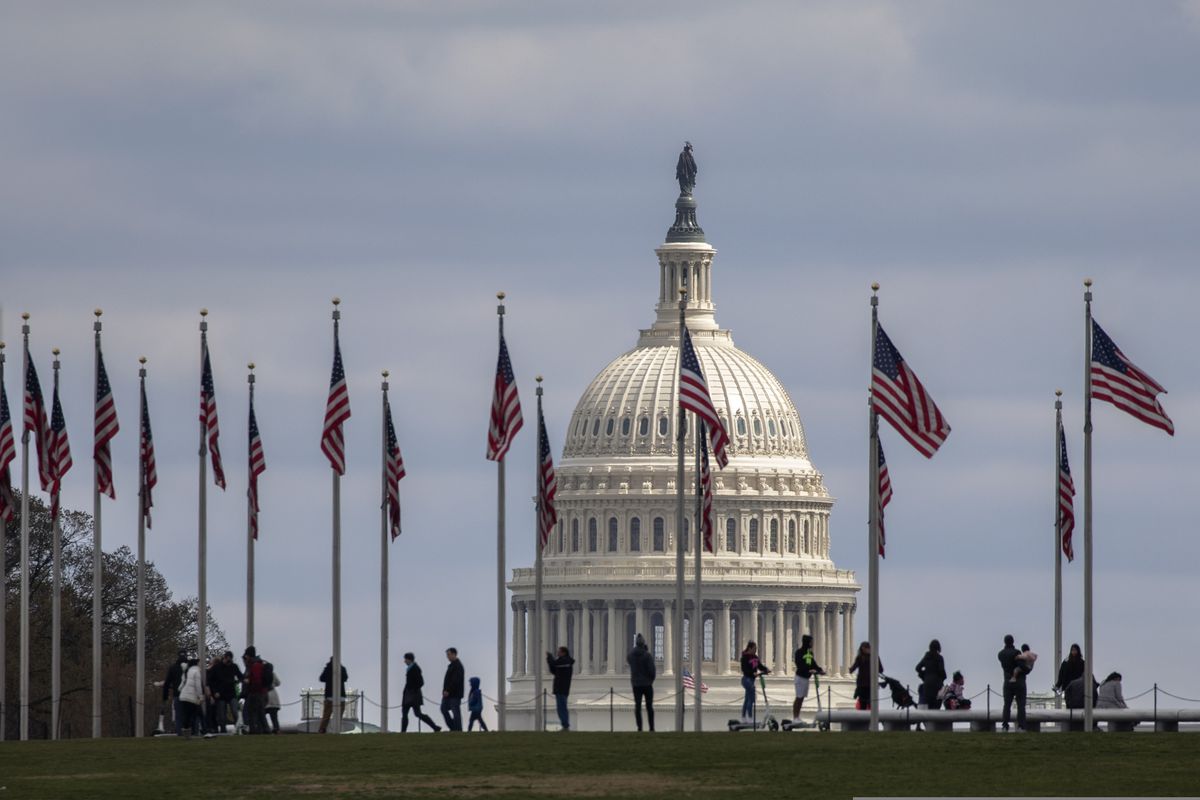 I feel very privileged to be a U.S. citizen, but it has nothing to do with being white.

Despite not aligning with their sociopolitical agenda, one can assume that patriotic conservatives; who's ideal government is one with limited power over citizens, and one that staunchly abides by the constitution, are furious over this blatant over-step of power/force. Correct?

Also - now that you have even right-wing news outlets starting to voice that Trump is right off the reservation - how does that affect the government confidence-o-meter?
S

So what are you suggesting? That cities run lawless? That if you feel you have been wronged or have a cause you can destroy, smash, topple, paint with graffiti and close streets and highways..... take over buildings , businesses and peoples homes because they have something you don’t. Let’s not forget intimidatIon closure and threats.

Come to Portland and check it out for yourself. Drugs,garbage homelessness the smell of piss and human feces is everywhere. You don’t want to go there even in the middle of the day. Mentally ill people line and wander the streets yelling, jestering and spitting on you. They crap on the sidewalk. My kids asked last time we were downtown “why don’t people pick up after their dogs” I told them it wasn’t dogs pooping everywhere. “That can’t be true where’s the toilet paper?” Sounds like a nice place to take your family to dinner or shopping doesn’t it?

Want to watch a sobering but truthful video look up “Seattle is Dying” on YouTube. Portland is the same. Ted Wheeler the Mayor is a disaster. Don’t believe the narrative you see on tv or read. Come ask the working people of Portland. They are fed up with what’s happening to the once beautiful city.
L

sideline said:
So what are you suggesting? That cities run lawless?
Click to expand...

No....I would suggest responsible governance that does not actively polarize its constituents, and addresses the issues and outrage before a boiling point is reached. One that takes in the information, and looks for as comprehensive a solution as reasonably possible. But maybe I'm crazy.

When we pay taxes, in return we expect law enforcement, to protect our people and properties.
When politicians (mayors) withhold these basic services it is within the scope of higher authorities (up to and including our commander in chief) to step in and fill this gap in basic services.

I don't see any of this as surprising at all. In fact I'm surprised US citizens can observe the withholding these basic services and not demand those responsible be held accountable.
Last edited: Jul 22, 2020
S

The Federal Court House they are wanting to destroy only cost tax payers 129 million dollars in 1997. Maybe someone maybe should protect our investment. Portland’s Mayor won’t do it. Not going to cost Portland any money if it burns. In today’s dollars probably more than $500 million to rebuild. A cost to the 50% of us that pay Federal Taxes

Wait a minute ? A veteran that took it upon himself to go to a hot zone ? To confront loyalty ?

He obviously knew what he was confronting because he could of been easily taken down . Shear stupidity to provoke your country to a level like that and he knew it .
L 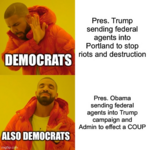 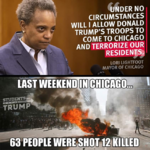 Wow.
It's pretty hard to get through to someone who has their fingers in their ears hollering... "La la la la la la, I can't hear you!"
L

Meme guy needs a job
You must log in or register to reply here.
Premium Features