looking to buy a new 3500 diesel truck looking for input 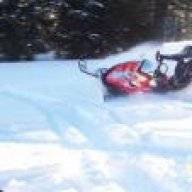 Looking to up grade my truck. I have an 03 duramax and really haven't driven any other brands newer than 03. it would be used for pulling sleds but I also have an excavating co. and would use it to move skid steers etc.. Looking for some input
G

I don’t think you can buy a bad big diesel truck right now. Chevy changed the body style in 20. Bigger cab, 10 speed tranny. If you can find a new 19 Chevy they have some big rebates right now.

Gm 2008 and newer are good just no storage inside the cab and very little legroom for rear seat passengers.

Ram. Good engine, side box storage is a great concept. Smallest back seat(up to 2018) unless u get a mega cab then u also get stuck with the smallest bed on a truck....

Gm 2008 and newer are good just no storage inside the cab and very little legroom for rear seat passengers.

Ram. Good engine, side box storage is a great concept. Smallest back seat(up to 2018) unless u get a mega cab then u also get stuck with the smallest bed on a truck....

This is solid advice. I’ve spent quite a bit of time in chevys and fords comfort wise I’d rather ride/drive the Chevy both great truck though.
J

If you like to keep more money in your pocket get the RAM. There's a reason the big rigs run a similar motor design. 14+ RAM has fantastic backseat room just a hair shorter than Ford. All big three are very close performance wise. All three will give you problems if you spend time short driving and idling by clogging emissions equipment.
H

FWIW, mega cab trucks have a 6’4” box which is what pretty much all short box trucks are. Up to ‘09 dodge definitely had the smallest back seat, ‘10 and newer they are pretty close with Chevy, Ford. The Chevy should ride the best with the ifs.
D

Ex-Flit said:
Looking to up grade my truck. I have an 03 duramax and really haven't driven any other brands newer than 03. it would be used for pulling sleds but I also have an excavating co. and would use it to move skid steers etc.. Looking for some input
Click to expand...

Just ask u yourself how good has your current Duramax been to u? That right there will answer your ? Buy the Duramax!! I might be a little bias since I have 5 Duramaxs currently in my small construction company. From 2010-2019 but they just flat out run without any issues.

Sent from my E6910 using Tapatalk

Thank you for all of the information.

So let me ask you this would you stay with the duramax if you put 4 sets of injectors in 163,000 miles (chevy put 2 sets in and I will have installed 2 sets). Don't get me wrong I still liked the truck, but I have a lot of money and down time with this truck.

The good was that I got good mileage pulling my 29 ft. enclosed trailer from MN to the Mtns. I averaged 12 - 13 mpg and got as high as 14 to 15 mpg. does any of these newer trucks get that kind of mpg. I would prefer dependability over mpg but would love to get both 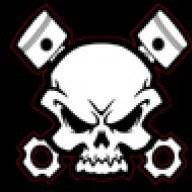 I too went through injectors, turbo etc with my duramax although it was a great truck otherwise.

They are all good.
C

I have 2018 3500 SRW GMC Denali. I have put 36k on it so far mostly towing SXS's and snowmobiles in a 27' enclosed. Drives like a dream and couldn't be happier. I have been hearing a lot about the 11-16 drama motors and injection pump issues. Sounds like it can cause catastrophic failures so you might read up on that a bit before you consider one.
R

Own a 17 GMC Denali CCLB 3500 SRW with the L5P. Came off a LBZ owned new. Buddy has a 18 F350 PS CCSB, 14 F250 PS before that. Ride, turning radius (mine is a long box), exhaust brake, SCT design for my use is better with the L5P. Denali was 10k MSRP less than King R and Platinum - with fewer electronics. And I can fit a LB GM in the garage. No fishbite, no issues with the L5P in 30k. I really like the new PS - they ditched the sequential turbo, new F350s ride great for a solid axle, motor is great, tranny is solid - the 2020 GMs are more level with Ford cab-wise. I could own either, GM just fits my needs better. Ram Cummins is great, rest of truck - meh. GM front is more of a pain to level/lift if you're into that. GM finally offers adaptive cruise, keyless ig. There's a reason hotshots run the DMax - cost of ownership. All nice trucks. Smoking deals on 19 GMs are coming - check out Laura GMC - they blow them out with GM on or about Dec 1; 12-14k off MSRP while they last. Which is usually about 5 days. But won't be a 20. 10 sp in the 20 is an unknown right now. 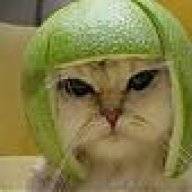 I'm going to agree that they are all good trucks currently.

Best thing you can do is go drive all 3, and see what kind of deal you can get locally to you. I went to a dealer that had all 3 brands all 1-2 years old with 20K miles and drove them all. I left with the Ram.
M

I run a Ram, because its important to my to be able to work on my own vehicles. The Cummins motors are simple, reliable, robust, and easily serviced. The turbo v8's in ford and chevys can be a total nightmare to work on.

Thanks again for all of your input! Now I just need a day off to go and test drive them.

My buddy, Loren owns the store.
Tell him Bill sent you and he will treat you right. 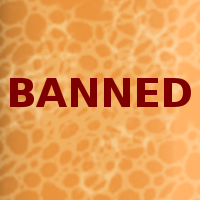 I have owned them all. I run a Ford currently because I plow with it. The IFS on the GM trucks just doesn't cut it and the electronic central axle disconnect pushed me away from Ram. Ford is the ONLY brand I can get a manual shift t-case and manual locking hubs. That stuff is more important to me than the good ride the Chevy will deliver. I had quality issues with my 15 Ram Power Wagon and my buddies 18 Mega Cab has terrible steering feel and has had a couple recalls already. If I were buying new today I would be waiting for the 7.3 gas Ford... The new diesel trucks are maintenance whores IMO You have to be working it all the time or just like spending money on noisy trucks to go diesel...
T

Drove a Chevy High County first....very nice truck, has nice features. Drove it in the middle of winter with snow on the ground and could still tell how nice it drives. Quiet, good steering feel, smooth. Complaints, small back seat and I have 2 kids that ride back there, one of which in a booster. It would also be going on sled trips so at times, 2 adults back there for extended periods of time.

Ram next...drove in summer. Nice truck, had new tech than my '10 but other than that pretty much the same inside. Power, function, drive, handling were all what I remembered from my '10. It was also the cheapest of the 3. Complaints, back seat isn't as roomy if you get Crew Cab, but I was still considering the Mega since that is what I was driving at the time ('08).

Ford, drove a buddy's instead of going to a dealership during fall harvest. I was really impressed with how it handled, the feel, and the power. His was a 17 XLT so didn't have all of the tech features that I would get. Backseat is big! I'm only 5'10" so behind driver seat there is a lot of legroom. Complaints, no LED lights with the sport package. That's basically all I could come up with.

For comparison, I tried to spec them out as close as possible with options and trim. GMC SLT, Ram Laramie, Ford Lariat
All 1-Ton, CCSB, 4wd, Diesel (with an option for a Mega on the Ram)

After all my drives, research, pricing, etc. I ruled out the GMC (liked the GMC look better than the Chevy). Just didn't want the small backseat and the drop frame under the cab drove me nuts. Maybe a set of step bars would hide them??

Between the Ford and Ram, there was about $5k difference in price (Ram being cheaper), and even the Mega was still around $2k cheaper, but I couldn't get past how much I liked the look of the Ford. I was really starting to lean that way, and figured it wouldn't be bad to try something else for a change. When it came down to make my decision to order, my mind got made up for me because the '19 Rams weren't released yet. This was Nov. '18. So at this point Ford was my only choice to get something ordered before the end of the year (taxes). Received my Ford 9 weeks to the day (1/23/19 -- my birthday so that was nice!). As of now, I have 12k miles on it and couldn't be happier. No complaints and it has a nice mix of daily driving as well as pulling trailers with building materials, skid steers, etc and doing work on a farm. Drove to Massachusetts in October to pick up a boat and averaged 14.5 mpg for entire trip (1900 miles).

Moral of the story, definitely drive all 3. Find out what features you absolutely must have and try to drive one as close to what you would buy/order. Like most have said, I don't think you can go wrong with any of them, but don't be afraid to switch from the brand you are comfortable with. I'm glad I did, but I will do it all again when I am in the market for another one. Best of luck. 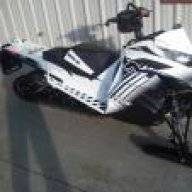 Its like sleds anymore. They are all good, which one do you "like" better. How are the local dealers? I am a Ram guy, at work we have Fords and I have close friends who bleed Chevy. They are all great, and they will all give you problems. To me it boils down to how well the local dealers treat you. There is nothing worse than spending 60k on a truck to have it parked up at the dealer for a month because they can't figure it out, or can't fix it or whatever. Some dealers will have loaner rigs available when yours is being repaired. Ask the salesman if they can cover that if you have issues.
To me the trucks are all good, but the dealer is the one that can leave you stranded.