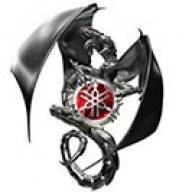 Wow, talk about one hell of an American. May his soul rest in Peace.

For those interested...history of our Carry All.