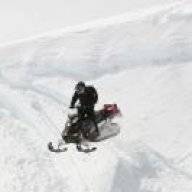 Wow! That is the most detailed install I have EVER seen for something so simple! Nice work! :face-icon-small-hap

I heard mine have shipped but they have not arrived.

Ya, Well, What the heck, its EASY to take a couple extra minutes and walk through the whole process. And digital photos are Free, so you might as well have high resolution ones just so there is NO question in anyone's mind what they are getting.

The one thing I HATE about the internet is NOT being able to see/handle/touch the new merchandise that your ordering, so when I got into internet marketing I made sure that my customers would get as close to the in store experience with my online store as possible. That tradition has spilled over into my reviews. 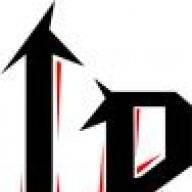 had 6 pairs of gen 3's sitting in my garage today. 4 of them will be out putting to the test tomorrow.
B

Thanks for another good write up. Always a good job on these, gives a person a good idea on install processes.

Will know how these skis work in about an hour as we all head out for today's forum ride.

Good write up, any more ride reports yet? I just got mine installed today:face-icon-small-hap
S

Hey guys,
Man, the genII's and genIII's are just complete eye sore's, they are very heavy and only good for one thing, going strait. why would you add weight and take away maneuverability of the sled. and they look silly, like 28 inch wheels on a monte carlo. just my 2 cents, thats what this is about right?
T

Got the new Gen3's home thursday night - I think they look pretty nice myself. Went riding Friday and in my opinion they worked really well. They track excellent. I ride a Turbo Apex - I have had stockers to the Gen2's and now to these.
I would have to say i like these the best of the three sets. I realy like the fact is when you turn - they fricken turn!! The width of the ski is now proportional to the over all look of the machine. The Gen 2's looked goofy.

All in all - I think they did a great job. Only my opinion of course.

Just got mine as well. Won't get a chance to test them out until next weekend.

Got the Gen 3's all mounted up. ready to try them out this weekend. Hope I like them as much as you did Tige. Heard it rained on you guys out there.

Last week I got the new skis mounted and this weekend I had a chance to ride with them for a couple days.

#1.
I found there to be little or no difference in on trail performance.
My Nytro took just as much effort to force through a corner with the Gen III skis as it did with the OEM skis. This was something I was "hoping" might be reduced as the weight of the sled is felt strongly on the front skis when going through a tight turn on a trail.

#2.
I was quite surprised to find that I can now turn the skis at a stand still. With the OEM skis, it has always been a HUGE pain to try and turn the skis while the sled is at a stand still. In many cases it was just not possible to make a hard right or left turn while stationary. The Gen III skis were perfectly happy to pivot in place every single time I asked them to. This was totally unexpected and a very welcome surprise.

#3.
The off trail performance of the skis was good, but I don't yet know if they were great. At best we have about 6 inches of fresh powder to play in, and for the most part they behaved pretty much like the OEM skis. Though, when we found patches of deeper powder the sled "felt" like it had more flotation and was more willing to do what I asked it. On a normal weekend with my Nytro I will get well stuck several times just from a combination of tunnel trenching and the front end being high centered. That did not happen at all this weekend, I just don't know yet if the skis were the reason or not.

#4.
So far as I could tell, they did not make it any easier to roll the sled over and get up on a single ski. But again, we really didn't have any deep powder to play in, and 6 inches just isn't enough for a nytro to really revel in. If I had to guess, I would say it felt just a little bit harder to roll the sled over on one ski than it did with the OEM ski.


So, I will reserve my final review on these skis till I have a few more days of riding on them.

But, just for the added ease in being able to pivot the skis at a standstill, that alone makes these skis better than the OEM in my book. Its a little thing, no doubt, but it makes the sled more nimble and more enjoyable to ride. And I do think the added width is contributing to better flotation as well.

And one last comment.
Having the twin keel design may be a huge blessing for my driveway and garage floor. The twin keels reduce the weight on the carbides and it "seems" to be leaving less scars, and goes into and out of the trailer easier as well.... 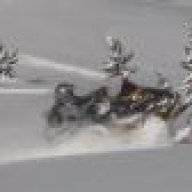 Everett WA. 4 minutes from work,one hour from the

Nice that you gave an honest review, alot of times people tend to say whatever product they spent money on is the latest or greatest whether it is or not. Now I've never thought of asking my skis to do what I wanted them to do :face-icon-small-hap, usually reserve that conversation for my golf ball.:face-icon-small-win have to try it next time I'm on the snow.

GOLF !!
The ultimate form of Self Abuse!!!

At least with snowmobiling there is a chance that I can solve the problem with technology. With Golf you can't blame it on anything other than yourself.

Everett WA. 4 minutes from work,one hour from the

christopher said:
GOLF !!
The ultimate form of Self Abuse!!!

At least with snowmobiling there is a chance that I can solve the problem with technology. With Golf you can't blame it on anything other than yourself.
Click to expand...

Unfortunately it's one of my three addictions, Snowmobiling, Golf, and Snowest! :face-icon-small-ton

well, your in good company.
Most of the guys at the office at SnoWest spend their summer on the Golf Course as well.

What do you guys recommend for ski alingment? I believe yamaha specs .25" toe-out correct? What works best for simmons skis?

I put 147 KM on the new Gen III skis today! Love them on the trail and the hill! Very happy with my purchase!

Had a chance to play with my new GEN III's quite a bit more OFF TRAIL this last Saturday. And there is no doubt but that these skis out perform the OEM skis.

The more I ride on them the more I am liking them in multiple different conditions.!!

I am considering buying a pair of Gen 3's and was wondering if you had anything else to ad to your review? I currently have a set of Gen 2's and love the float I get but hate the hard steering. Does the Gen 3 steer easier then Gen 2? Any input from anybody would be greatly appreciated.

Stu
You must log in or register to reply here.