I see these as the leading cameras for outdoor use. Anyone have thoughts or opinions on which one they like better?

I've got a Virb Elite. Didn't have it in time to use riding last year, but have used it in the car a few times, to get a feel for it.

I've been impressed with it so far, although I haven't had others compare to. It feels nice and sturdy, and I like the mount setup. It has physical interlocks, unlike the tension only ones the Go-Pro uses. It also comes with an adapter to use Go-Pro mounts so you don't have to buy all new ones.

I really like the time-lapse feature, that automatically makes a video file. From what I've read, others don't do that.

The GPS data integrated onto a customizable overlay is also a cool feature.

The video editor is pretty basic, but adding features all the time, since it's a pretty new product. I've had a few updates over the summer, each adding new stuff to the editor.

One thing I wish it had, that the Go-Pro does have, is a way to put a bigger battery on, and still be waterproof. That's somewhat solved by carrying more than one battery, since it's pretty easy to swap, but still, something that would be nice.

I've been able to get a solid 2 hours recording time on it, before needing to charge. It uses a mini USB to charge, rather than a micro, like most new phones, but that's not a huge deal. 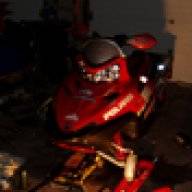 
Ace Freely said:
I see these as the leading cameras for outdoor use. Anyone have thoughts or opinions on which one they like better?

Everyone in the Snowmobile industry seems to be going over to REEL lately. When I looked into them and saw that they were based in Idaho, so I bought one last winter. I have a Go Pro 2 also.

Conclusion: The Reel sucks, plain and simple.
It has some nice features like the dual SD card slots and LCD screen. But there was a lot over looked. For example when using the case the LED light on the front, that indicates that you are recording is covered up by the case...
Biggest complaint thou is it doesn't have an audible 'beep' to let you know if you are recording. This makes using it on your helmet nearly impossible.

Also, my Go Pro 2 takes just as good of quality video and you can pick a 2 up for cheap online at this point.
You must log in or register to reply here.
Premium Features