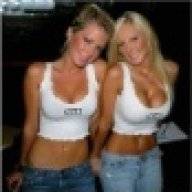 Wondering if anyone could report on the Crested Butte weekend.
Already saw the RMSHA results and was checking to see if results were posted for all the other events.
And what kind of turnout/entry numbers did they have for the hillcross, hilldrags and snow oval. 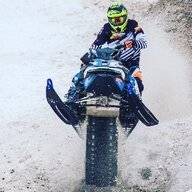 RMSHA numbers were the biggest. Prob would have had a bigger turnout in the other events, but the hillclimbs were running in parallel for 2 of 3 days. I see it growing, but it's hard late in the season to draw a lot of people in that have already traveled for WY or Jackson just prior to this event. I would like to see a lot of involvement from riders/racers that don't travel the RMSHA circuit. RMSR seems to have a good following, so that will help. I thought the hillclimb course was awesome and the snocross looked pretty fun. Hillcross was more or less a hill drag with big rollers that only turbos could clear. Would be cool to see it set up more like a back and forth course with better jumps built in. I give a ton of credit to those involved in setting it all up. Hopefully the word will spread to get more non-RMSHA racers and a ton more spectators there. The resort is set up well to host a big crowd. I will be bringing the whole crew down next year for sure.

Don't know if RMSR posted the results for non-hillclimb, but you could check there. The snow ovals had a good turn out I thought. There looked to be at least a dozen or more vintage racers there with multiple sleds. Only thing I'll be looking forward to next year is great weather both days and riding better than I did.