Countour camera BACK in business??

For almost a decade, Contour made point-of-view cameras used by skiers, surfers, and other thrill seekers looking to capture their activities. Shaped like short, stout flashlights, the durable gadgets easily affixed to the equipment of adrenaline junkies. They looked sleeker than rival products made by GoPro and drew rave reviews from gearheads and camera buffs alike. Outside magazine even chose a Contour camera as one of the “perfect things” in its recent gear-buying guide. The problem for Contour was that list—and virtually every list of its kind—was topped by GoPro as best in class.

Now, Contour is apparently quitting the point-of-view cameras battlefield, leaving GoPro with one less obstacle in its path toward a potential IPO.

Contour’s executives and financial backers have been mum about the rumored collapse of the company, but some details emerged this week in a blog post by co-founder and former Chief Executive Officer Marc Barros—part thank-you note, part angry screed, and part Teddy Roosevelt-style “man-in-the-arena” inspiration. It suggests the company he helped launch was ultimately outgunned by GoPro. He laments “the passing of Contour” and describes “the pressure as a number two brand to keep up with a market leading force.”

STORY: GoPro Widens the View of Its Customer Base
A report in the Seattle Times said the company had laid off about 60 employees. All of the products on Contour’s website are currently listed as “temporarily out of stock,” and its Seattle headquarters is reportedly shuttered. Calls to Contour’s headquarters went to voice mail and were not returned. Barros returned e-mails but declined to comment beyond what he has written on his blog.

GoPro, in addition to making cameras as slick or slicker than anyone else, rounded up major money from heavyweight venture capitalists. Most recently, it sold a 9 percent stake to Foxconn (HNHPF) for $200 million in December. That kind of cash allowed it to spend heavily on marketing, sponsoring athletes like Olympic snowboarder Shaun White and even getting its camera strapped to steely stuntman Felix Baumgartner for his famous Stratos space jump.

Contour ran a much more modest operation. “I saw the gap widening, but never changed our strategy,” Barros wrote in an April post that hinted at dire straits.

VIDEO: Foxconn Buys $200M Stake in GoPro Camera Maker
Point-of-view cameras are designed to record glorious feats as well as dangerous crashes, capturing footage of athletic stunts for review. The closing of Contour offers an opportunity for gadget-making entrepreneurs to replay the fallen company’s run and look for pitfalls that stand out in retrospect:

1. The target market may be a lot narrower than it seems
POV camera makers have tried to win mainstream buyers with ads showing people strapping cameras to shotguns, cat toys, and babies. But at the end of the day, there is no shortage of cheap, handheld video cameras aimed at folks who aren’t into action sports—and many of us even carry them around in our pockets and use them to make phone calls. Barros griped about the “Tele-Tubby” look of GoPro products, but with a shape closer to that of traditional cameras, GoPro may have won more buyers who weren’t wearing helmets and careening off of mountains.

2. If an idea is truly great, someone else is working on it, too
Contour was born in 2004 when Barros and Jason Green, classmates at the University of Washington, cobbled together a helmet camera for ski trips. That was the same year GoPro founder Nick Woodman was paddling into San Francisco surf with beta versions of his own camera. Both companies had solid products, good connections, and plenty of hustle. Woodman, however, seemed to pull away from Contour in 2011, when he landed orders from Best Buy (BBY). In 2011, Contour had about $27 million in sales, according to Inc. magazine, but GoPro was already into nine-figure territory by that point.

STORY: Ask a Billionaire: GoPro's Nick Woodman on Work-Life Balance
3. Success draws established competitors
In the brutal startup world, a quick profit is bittersweet. It’s proof of concept to investors as well as bigger rivals. In Contour’s case, success drew the attention of Sony (SNE), a company with far greater resources and experience in the camera business. Sony released a Contour-like model called Action Cam about a year ago. The list of things that are a challenge to an outfit like Contour and a breeze to a company like Sony is long: financing, distribution, marketing, partnerships, etc.

Today, annual revenue at Woodman Labs, GoPro’s parent, is approaching $600 million, and Woodman laughs at the idea of an IPO below $2 billion. The company controls 14 percent of the digital camcorder market, according to IDC. And Cnet calls its latest iteration, the Hero3 Black Edition, the best “sports camera” on the market. But Woodman shouldn’t get too comfortable. There’s already talk of Google Glass (GOOG) being a GoPro killer.

Never like to see a business go under, but man o man did I have bad luck with booth of my contour cameras over the last 4 years 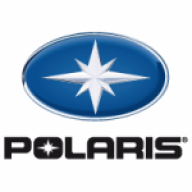 Drift will be the next one.

I run into PINK screen all the time with my GPS edition and the battery goes dead WAY too fast when its cold outside. 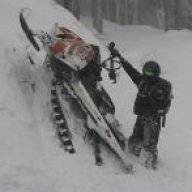 contour back in the game

Contour is under new ownership. Glad to hear it because I have two of them that I've never really had any problems with unless I tried to go swimming with them on... lol!

And I have two of them that are both dead.

Provo, Utah (April 3, 2014) – CONTOUR, pioneers of the action sports camera industry, is now under new ownership and is once again a key contender in the Point of View (POV) camera market. After completing a financial overhaul, reorganizing its plans for new product innovation and building a framework for vastly improved distribution, CONTOUR is back on the map as a legitimate player in the POV world.

CONTOUR is already focused on regaining market share through select distributors worldwide. The brand’s financial outlook is solid with key retailers committing to the product line in every target market.

“The aim is clear—we want to create a world class company to support this world class product,” said Danny Lysenko, CEO of CONTOUR. “While recovering CONTOUR’s position in the market, we’ll continue the long tradition of being at the forefront of innovation and bringing to market beautifully simple, yet ultimately professional cameras.”

In the coming months CONTOUR plans to launch new cameras that feature the same award winning, streamlined styling that has set its products apart for more than a decade. With industry-leading technology that includes a one-touch locking record switch, laser alignment system and 270-degree rotating lens, the new CONTOUR cameras will deliver unsurpassed digital clarity and easy-to-use convenience that will ensure every moment of adventure is captured.

The company’s return to the market is punctuated by the re-launch of its website that currently offers the Contour+2 with wireless smartphone connectivity, the waterproof ROAM2 and a full range of accessories. Visit contour.com for pricing and details.

While the new ownership and management are excited to move forward, they recognize that some consumers may have warranty issues. Those affected are encouraged to contact CONTOUR’s support team at support@contour.com, place ‘Warranty’ in the subject line and include an RMA number. Further details can be found by clicking the Warranties & Service tab located under the Support section of the website.

CONTOUR IS SIMPLY BETTER
Based in the heart of Utah’s Wasatch Mountains, CONTOUR is a pioneer of the Point of View (POV) camera market and boasts a rich history of making simple to use, dependable products. Defined by a “form follows function” philosophy, CONTOUR cameras feature a sleek, low profile design, easy to operate controls and a secure and durable proprietary rail connection system. Whether in the water, snow, dirt or flying through the sky, the world’s top adventurers choose to tell their stories using CONTOUR. For more information on the latest products, team activities and dealer locations, please visit contour.com.
Last edited: Aug 9, 2014

They say there back etc but they really haven't done ****. They could never catch backup. The hero 3+ black edition kicks ***

calltrex said:
They say there back etc but they really haven't done ****. They could never catch backup. The hero 3+ black edition kicks ***
Click to expand...

For them to get back in the game they will need to bring out an entirely new modern camera.