You are using an out of date browser. It may not display this or other websites correctly.
You should upgrade or use an alternative browser.
H

My pull cord was worn out so I figured I'd upgrade and put a cobra cord in it. When installing it I tried melting the ends like usual on a starter rope but it doesn't really melt together. The outer jacket kind of just burns away, and the inner kevlar part doesn't melt at all which isn't surprising.

I have had the knot in the handle pull through at least 5 times on the hill. The knot doesn't really come loose, it just slips through itself and comes undone. Even with an inch of tail hanging out past the knot it just pulls through itself after enough starts. Seems like the outer sheath is too slippery. Thankfully I had a safety knot tied under the handle so the rope didn't disappear into the recoil. Is there some fancy knot I should be tying other than just a normal knot? There isnt room for much in the handle. Tried melting it but like I said above, the cobra cord doesn't really melt together like a normal pull cord. Also there definitely isn't room for any fancy knot in the recoil part itself, which i'm surprise is still hanging in there at this point. Anybody else had issues with this? I'm probably going to back to a stock one.
Last edited: Feb 15, 2021
T

Try a figure 8. I have two of these cords in my sleds. I also put some amazing goop on the figure 8 in the handle to keep the knot together. 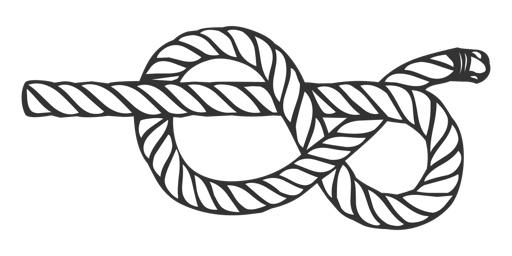 Put a washer under the knot.
H

BBP said:
Put a washer under the knot.
Click to expand...

The knot isn't pulling through the hole in the handle, it just comes undone when the tail pulls through the knot. I had it written incorrectly above.
You must log in or register to reply here.

Tip: How to prepare for pull rope breaking on the 850