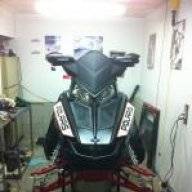 Based on hundreds of calls and emails to the BlueRibbon Coalition's (BRC) main office this past week we became aware of the news that Daphne Greene was given a termination notice by the Governor's Office. Greene is Deputy Director for the California Off-Highway Motor Vehicle Recreation Division at State Parks and her term ends December 31, 2011.
BRC understands the common practice of candidates -- who were voted into elected office -- replacing the previous administration's political appointees. However, what makes this case different and of great concern to BRC is it appears Greene was replaced based on an unjust targeted political effort by a few anti-OHV activists and biased regulators to poison her reappointment process.
BRC reminds its members that Greene issued in a significant number of important reforms that addressed the ongoing plundering of the OHV Trust Fund by other state agencies, it streamlined the grant process, and brought accountability to the program. Her work ethic, commitment to serving the public, and efforts to champion an environmentally sound and sustainable OHV program has been recognized at the national level by sister land agencies, OHV groups, and common sense conservations groups.

BRC is sending in an official letter today and asks that you (if you have not done so already) send a letter to the Governor's Office. Also, please send State Senator Joel Anderson as copy of your letter as he will hand carry those letters to the Governor.
SacBee Article on Greene Issue (Dec. 17. 2011)http://www.sacbee.com/2011/12/17/4128694/the-buzz-off-road-enthusiasts.html#disqus_thread
BRC believes the Governor does not have an immediate replacement already selected and may be open to reconsider Greene for reappointment to her current post.

BRC is proud to join this effort in combination with the many other grassroots and organizational processes already underway to help keep Greene at OHMVRD.

As always, if you have any questions or concerns, please contact BRC.
Thanks in advance for your support.

Don Amador
Western Representative
BlueRibbon Coalition
925.625.6287
You must log in or register to reply here.

NOAA February 2022 ENSO Update: La Niña Is Likely to Hang Around Through the Spring

Christmas Please help me save a little boy's life and make Christmas SPECIAL!!