Morning from Cooke city. The snowman called for overcast today and 80% chance. Another 80% for tomorrow and partly cloudy for Friday. Then another big storm moves back in.
Keep up the dance.

AVALANCHE CONDITIONS: In the last 2 days Cooke City has gotten 1.5-2 feet of snow (1.5” snow water equivalent) and southwest wind gusting to 40 mph. Yesterday, skiers reported swirling winds were building drifts in unusual locations. Today wind is expected to lessen yet still remain strong enough to load slopes. The additional weight of new snow and windblown snow will keep the avalanche danger heightened. Natural avalanches are expected in the wind-drifted snow and triggering avalanches on skis or a sled is likely on all steep slopes. In the last decade in Cooke City, people have died playing on flat terrain when avalanches broke above them in conditions similar to today. Do not expose yourself to avalanche terrain as the danger is rated HIGH in all wind-loaded slopes and CONSIDERABLE on all others

Morning from Bearclaw and the Super 8 motel. We picked up about an inch in town over night. The snowman is calling for snow today, then Friday we might see partly cloudy skies. Saturday through the following Saturday we have lots of chances for snow. Keep up the snow dance.

I would like to take this time to thank everyone that has came in for Breakfast or stayed at the Super 8. If your wondering the streets at 5 am, stop in and get a free cup of coffee.

AVALANCHE CONDITIONS: The mountains around Cooke City have gotten snow for the last 9 days. Another 4” fell last night bringing their 9 day total to 37” measuring 3.6” of snow water equivalent. Steady loading from new snow and wind drifting is creating dangerous conditions. Avalanches may break in the new snow or even deeper. Wind-loaded slopes are especially dangerous, but even on slopes without a wind load, avalanches are likely. Upper elevation slopes are starting zones for large avalanches and they have not had a reprieve. Do not get on or underneath steep slopes. For today, the avalanche danger is rated HIGH in all wind-loaded slopes and CONSIDERABLE on all others.

Good morning from Cooke City. The snowman is showing partly cloudy skies and we picked up a couple of inches overnight. Then snow moves back in tonight for another 7 days.

AVALANCHE CONDITIONS: Triggering an avalanche is likely today in the mountains around Cooke City. Snow finally backed off a bit yesterday with only 2” of new snow, but this comes on top of the steady loading the snowpack has received over the last week and a half. Avalanches may break in the new snow or deeper in the snowpack. On Wednesday, a skier near Cooke City triggered an avalanche that broke 2’ deep and 50’ wide (photo). You could triggering a much larger avalanche, particularly on upper elevation and windloaded slopes. Dangerous conditions exist and the avalanche danger is CONSIDERABLE.

Morning from Bearclaw Bakery and the Super 8 motel. The snowman gave us a couple of inches overnight. He's telling me that we have 7 days of more snow coming. The best time will be Monday and Tuesday. For today it's a 70% chance and we could see 4 inches or more.

If your running out of oxygen on the mountain, Come in and see me. We fill Avalanche tanks and sell and rent all types of equipment. Just to let you know we also rent sleds. Stop in and see what I offer.

AVALANCHE CONDITIONS: Triggering an avalanche is likely in Cooke City on any steep slope today. While the deep powder from this week’s storm is settling, weak layers deeper in the snowpack will take longer to heal from the large load they’ve received since New Year’s (40” of snow with 4” of snow water equivalent). Yesterday, riders near Daisy Pass saw a fresh snowmobile triggered avalanche on Chimney Rock and a larger natural avalanche that broke during the storm. Give these weak layers more time to adjust - stay off steep slopes today. Dangerous avalanche conditions exist and the avalanche danger is CONSIDERABLE.

I had to reset the cam's, they are running. Morning from Bearclaw and the Super super 8. If you are looking for rooms, don't forget to mention the SNOWEST discount. You must mention it when you are booking.
The snowman gave us a couple of inches over night. He's showing another 4 inches by tomorrow. Have to wait to see. Keep dancing.

Wow, been out plowing all day. The snow is way over the head lights. It's easy to get stuck. The snowman is calling for snow until this Sunday. We picked up about 3 inches today. The wind won't stop plowing. Gusts up to 40 mph. Their are times you can't see across the street. Keep up the snow dance.

Stop in if your up at 5 am and get a free cup of coffee. It's on Terri.

AVALANCHE CONDTIONS: Near Cooke City, Big Sky and the Bridger Range strong southwest wind last night created fresh drifts that are easy to trigger.
A less likely, but certainly deadly avalanche can be triggered on weak layers buried near the bottom of the snowpack. Dave was in Cooke City where the 40”+ of snow that fell since the beginning of 2020 was the main avalanche concern, and he emphasized the possibility of larger avalanches breaking deep in the snowpack (video). Wind loaded or not, avoid any steep slope with suspected buried weak layers. Avalanche danger is CONSIDERABLE on wind loaded slopes and MODERATE on non-wind loaded slopes.

Morning from snow covered Cooke city. The snowman gave us another couple of inches over night. We could see up to another 5 inches today. More snow tomorrow , but Thursday and Saturday we might see some sun. That would be the best days to ride.

AVALANCHE CONDITIONS: Yesterday in Cooke City, skiers approaching Meridian Peak remotely triggered an avalanche that broke 15” deep and 50’ wide (avalanche activity). This avalanche was relatively large on the path in which it occurred and gives us a window into what could happen on a bigger slope. While I was pleasantly surprised by the stability I found in my snowpits there the last two days, the key information is that more than 50” of snow fell since New Year’s Day and we saw large plumes of snow create by the wind. Avalanches breaking within freshly deposited drifts of snow will be large and avalanches breaking on weak layers deep in the snowpack will be deadly and remain a consideration. Avoid steep wind loaded slopes and assess non-wind loaded terrain before entering avalanche terrain. The avalanche danger is CONSIDERABLE on wind loaded slopes and MODERATE on non-wind loaded slopes.

We are at this time getting a major snow storm from the snowman. We've picked up about 3-4 inches since this morning.

Morning from Cooke city, here is a recap from yesterday. We had sun shine and a wonderful day with untouched areas to ride in. The snow is starting to settle down. Today the snowman is calling for snow today with about 3-4 inches by tonight. Lets start the snow dance again. i saw a movie clip of a avalanche on the east side of Henderson. So be careful.

AVALANCHE CONDITIONS: For today, triggering avalanches is possible and the danger is rated MODERATE. Some avalanches might be small, localized wind slabs, while others could be hair-raising deep slabs. It is not easy to determine which is which, so I recommend notching things back and thinking twice before getting into avalanche terrain. 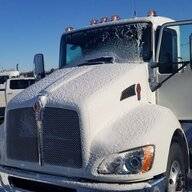 If anyone out here has a grip warmer that will fit a 2018 Axys, I am looking for one. PM me.

Sent from my SM-N976U using Tapatalk

bryceraisanen said:
If anyone out here has a grip warmer that will fit a 2018 Axys, I am looking for one. PM me.

Sent from my SM-N976U using Tapatalk
Click to expand...

I have one in stock. Let me know if you haven't found one.

Morning from a busy little town. (Cooke City) the snowman gave us 3 inches in town and about 10 inches on the mountain. He's saying we have a chance of snow on Saturday and Sunday. Monday we could see sun, then snow for the rest of the week.

AVALANCHE CONDITIONS:
A snowmobile triggered avalanche on Henderson Mountain on Thursday broke close to 15 feet deep and a very large natural avalanche broke across the whole NE shoulder of Mount Fox on Tuesday. Getting caught by one of these big slides would almost assuredly have devastating consequences. There is no practical way to test weak layers buried this deep. Patience is the only viable strategy. Give these weak layers more time to adjust and strengthen before getting onto steep slopes.

Large human triggered avalanches are possible and the avalanche danger is MODERATE today.

Good morning from Cooke city. Woke up to light snow (2-3) inches. It was a light fluffy type. The snowman is calling for sunny skies for two days and snow moving back into the picture.
I've had a few guys not use the Snowest discount. When making a reservation at the Super 8. Tell them you would like the snowest discount when booking a room.

AVALANCHE CONDITIONS: Yesterday Doug visited a massive avalanche on Mt. Henderson near Cooke City. It was up to 15 feet deep and triggered by a snowmobiler on Thursday.
Avalanche conditions are heightened and large avalanches can be triggered with severe consequences. These big slides are getting more difficult to trigger as weak layers get buried deeper, but as Doug says, “they will kill you”. If you go into avalanche terrain you have to collect a lot of data and be 99.9% sure of good stability. Large avalanches are possible to trigger and avalanche danger is MODERATE.

Early morning from Bearclaw and the Bakery. The snowman is calling for snow snow all this week, with Wednesday being at 80%. Keep up the snow dance. I'll be gone till Friday night. I'll try and update if I can. Have a great week.

AVALANCHE CONDITIONS: Sorry to say they are not out this early.
M

hi bob, I was wondering if you know of a place that you can park on the Wyoming side and ride your sled to you so that you don't have to drive through the park? thanks
M

Morning from Cooke. The snowman gave us a dusting over night. He's still calling for a good chance of snow Wednesday.

Thanks Motodad for answering parking question.

Keep up the snow dancing.
M

How would I get there coming from Togwotee? 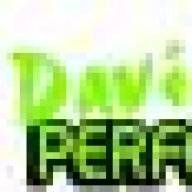