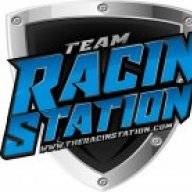 Been holding off on posting this for almost a year now. I just wanted to put up a quick post to offer what I have seen and what I know regarding the various clutching issues on ProClimb 800 and 1100T sleds.

Last year every sled I saw (not talked to guys on the phone about) that had belt issues had a traceable issue that was causing belt problems:

1. Incorrect alignment or offset (should be 1.45")
2. Incorrect belt deflection.
3. Wandering or mal-adjusted jackshaft.
4. Incorrect parallelism.
5. Incorrect gearing.
6. Little or no venting.
7. No break in on belts
8. Poor machining or finish on factory parts.

Once corrected these sleds seemed just fine and most of my customers were getting 300 to 500 miles per belt (for us that is awesome!)

Late in the season Arctic Cat came out with the secondary spacer for the driven clutch which did not allow it to achieve full shift and also helped solve a few belt heat issues.

In my opinion this secondary spacer should be shortened on the 800 and eliminated on the 1100, because I see it making things worse.

We also machined sheave faces on many clutches to achieve proper angles and also to achieve a flat surface (belts really enjoy this).

Jump to 2013. Several updates on the sleds and 800 early reports were awesome and it seemed like the issues were solved. I did not get nearly the number of calls or complaints of 2013 models with belt issues. The tide shifted completely to the M1100T and most calls were on this sled. Also, it should be noted that 90% of the guys having issues were running aftermarket add-ons of some sort that boosted the power to 220-300 HP. We began to see belts snapping right in half and guys were getting 20 to 40 miles on a belt. We have built quite a few Big Chute and Super Chute kits and I have kept an eye on each and every customer and we only had one belt blower in the bunch. We have been trying to figure out why some are and some are not blowing belts and that is the purpose of this post to share those findings.

On the 1100Turbo with bigger HP we are seeing:

1. Engine to clutch parallelism incorrect.
2. Deflection incorrect.
3. Alignment incorrect.
4. Jackshaft flex.
5. Cover plate binding on primary causing towers to pinch down and the end of the shift and cause seizure on the buttons.
6. Incorrect gearing (like XF and F guys running stock gearing at high alt)


Here is what I have come up with on both sleds.

Secondary clutches are just not up to par. Flat out.

We have machined 2 or 3 stock secondaries on the 1100 turbos and I had a fix kit that we were going to sell. The problem with the fix is that you took a stock secondary, machined the sheaves, put in the correct helix, installed the correct spring, put in good rollers, balanced, used a different belt, and the kit would be somewhere in the $500 range to work for the dealers as far as profitability. If we had done this you would still be limited to about 5 spring choices, bad rollers on stock sleds, a secondary clutch that when you have the primary win the tug of war it pulls the belt through the secondary and into the meat grinder (helix) and BOOM!!! We spent a ton of time last year testing and configuring the TEAM TIED secondary and as many of you will attest, I have told you that you should not have to buy an aftermarket secondary clutch because you already paid for the stock clutch and we just needed to figure out a fix for the stocker. Well I am pulling the plug on that whole deal. For $100 less you can get a secondary clutch that has beefy sheaves, correct angles, massive spring choice, good rollers, it is TIED so there is no belt scrub like you get with the roller clutch, and it flat out works.

When the 4 strokes yank the belt into the bottom of the TEAM there is a nice smooth beveled surface and the belt may get a slight burnish on the bottom of the cogs, but it will not be exposed to the "grinder" like the stock clutch. Our spring choices allow us to have a stiffer initial rate that will give you a snappier bottom end and good belt grab on the bottom and then have various finish rates on the top end to control rpm and belt slip. We simply can't do this with the stock clutch.

So here is the breakdown.

Team Tied secondary.
MDS primary weights (our recommendation, but most weights will work fine)
20t top gear at least! 19/50 works well too.
Proper deflection, parallelism, and alignment.
Check primary for binding and have a correct spring installed.
Jackshaft must have the locknut installed correctly and the spacing must be correct.
1.45" offset (or floating on the TEAM)
VENTS!!!!

Team Tied secondary.
MDS primary weights (our recommendation, and will vary per HP output)
Right now gearing is stock, but lower gearing will become available.
Proper belt deflection, parallelism, and alignment.
Check primary for binding and have a correct spring installed.
Jackshaft must be same setup like 800 and be checked.
1.45" offset (or floating on TEAM)
VENTS!!!!


Disclaimer: This if for 5000 feet and above elevation. This is not the solution for someone who has an underlying issue that has not been resolved. This has been tested for most all of last year and this year so far with positive results.

IF YOU HAVE A BELT BLOWER AND HAVE ADDRESSED EVERY LINE ITEM THAT IS LISTED AND YOU PURCHASE A TEAM TIED CLUTCH FROM US AND STILL BLOW BELTS WITHIN THE FIRST 5 DAYS OF RECEIVING THE CLUTCH I WILL REFUND YOUR PURCHASE PRICE ON THE CLUTCH. YOU PAY THE FREIGHT BACK. THIS IS JUST TO HELP THE NAYSAYERS AND TO PUT MY MOUTH WHERE YOUR MONEY IS. THIS ONLY APPLIES TO 5000 PLUS ELEVATION. I AM NOT DISCRIMINATING AGAINST MY LOW ELEVATION BROTHERS, I JUST DON'T HAVE ANY TESTING TIME IN THAT ARENA ON THIS APPLICATION SO I CAN'T GIVE ADVICE ON THAT. I DO HAVE CUSTOMERS THAT WILL BE HELPING WITH THIS.

It also should be noted that some guys (my 2012 belt blower for example) have been just fine since they have addressed listed problems and are getting great belt life with the stock secondary. If something is not broke don't fix it, but if it is broke....TEAM up.
M

so i want to get a new secondary next week but have a question. Are the Team tied secondary better then the STM torsional secondary? 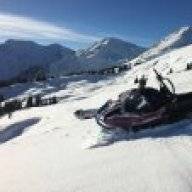 Big Thanks to Eric

That is a ton of work. I know the Cat community appreciates that.:nod: 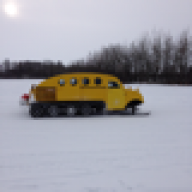 It all works out you probably spent 25 grand to make it work in the snow. Keep putting on the miles and your belt savings will make up the difference
H

can't wait to try mine out.
W

aligned, machined, and worked with my stock secondary a bunch, still blew belts every hundred miles, and went through two rollers, then put a tied clutch and have 300 miles on this belt so far, just the belt savings alone pays for the tied clutch, it sucks don't get me wrong, but apparently cat isn't going to come up with a fix anytime soon. definitely a good investment imo.

I think the only real fix is going to be a different secondary, better primary tolerances, and/or a different belt.

Been testing on the Team in various setups and it works great. Have a couple guys that are not holding the rpm, but we have come up with a better helix angle for them to use. 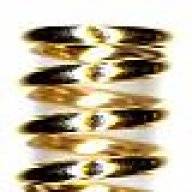 Eric, do you have a helix for the team that works on low altitude(0-3000ft) climbing with about 240 hp?
Going to Idaho Falls/IP and Alpine to ride next week, I could stop by Driggs to pick up a team clutch from you if you got one.
M

With the team secondary clutch are you running a different belt? Might have missed the answer but I dont think I saw it.

We are testing some prototype stuff right now, but the 082 belt works just fine. 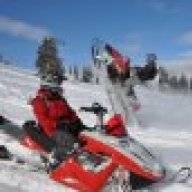 I have a bc 250 kit. Just installed team secondary what would be the differences in performance between the two helix angles.

What helix do you have? What spring are you running? Let me know and I can help you out. 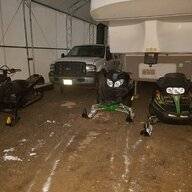 Riding sleds for over 50 yrs

Does the 4 tower fit the newer 1100 engine. Was on the 07 motor. Wonder if this would help issue if 3 tower doesn't stand up. I have been using only 4 towers on my M1Ts and no clutch issues in 5 yrs other than set screws on weights and DD secondarys wearing out. Looking at buying an 1100T and I have a couple extra 4towers. 4 tower + Team Tied for big power? Just wondering is all.

spoon said:
Does the 4 tower fit the newer 1100 engine. Was on the 07 motor. Wonder if this would help issue if 3 tower doesn't stand up. I have been using only 4 towers on my M1Ts and no clutch issues in 5 yrs other than set screws on weights and DD secondarys wearing out. Looking at buying an 1100T and I have a couple extra 4towers. 4 tower + Team Tied for big power? Just wondering is all.
Click to expand...

The 4 tower will fit on the 1100. It is probably a better clutch, but the 1100 is a whole different animal than the 1000. Massive torque is twisting some items that we haven't seen twist before.

Riding sleds for over 50 yrs

So switching up to the 4 tower on the 1100T isn't a bad idea then. Just have to figure a little different on the clutching. 4 lighter weights pushing the rollers is better than massive weight on 3 rollers for longevity. Have there been many roller issues on the newer 3 towers? I personally did not have much luck with older 3 towers on my M1T.

3 tower clutches are worse than ever.

I agree, the less weight we can run, the less stress on everything.
You must log in or register to reply here.

Not How I Wanted to Start Pre-Season Maintenance