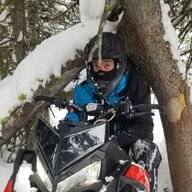 In the pro ride forum, it seems like this is the only aftermarket belt worth a darn for the pro rmk's, guys are saying it's better than the stock belt but costs quite a bit less. I recently purchased a pro and I'm gonna be trying one out. My question Is, have any of you guys used one in your edge sleds? My dad has an 04 escape and we are curious if it is worth trying out for his sled too? A Google search found that the part number for the edge version of the belt is 48c4553, is this correct? 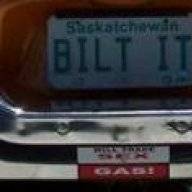 I am also interested in trying the 44C4553 so i can have one belt for my 4 sleds. Keep us updated.

I am looking into pricing but it doesnt look good compared to the old -080 belts from polaris that i use now on the edge's.

Wow rock auto is way cheaper than everywhere else, looking at about $70 for each + shipping. How much are you paying for your edge belts? I wanna say our dealer sells them for over $100, but it's been a while since I've needed one on my old edge. 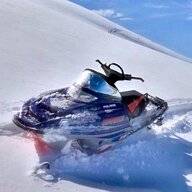 I know this is an old thread, but I'm wondering if anyone has a definitive answer to the original question. I'm currently running the 3211080; those seem to work well, but aren't especially cheap or durable. I ran a 3211122 belt for a while, but that seems hard on the clutch – I read somewhere it's cut at a slightly different angle, and it was starting to wear a groove in the primary.

I have noticed (especially in my 11 pro rmk) the 44c4553 is a tad bit wider than the 1115). I had my primary shimmed for .010 B-S clearance (on a 1115 belt) and the gates doesnt really like that tight. I have to run my belt tension alot on the loose side or the belt actually pulls down the engine rpm at idle.

Sent from my SM-G925W8 using Tapatalk

Cool, that's good to know; I'll probably go with the 44C4553 since it seems to be the closest. It is interesting that you're finding that belt to be wider than the 115. Supposedly, the 115 is 1.46" wide, while the 44C4552 is 1.438, although the Polaris widths are "projected" (whatever that means). Can't seem to find any details from Gates, their catalog doesn't give measurements.

I'm still pretty confused as to why the 080 direct replacement is showing a different spec than the 080, and why they don't list a carbon series replacement. Pretty sure the 080 was Polaris's performance belt in the early 00s; meanwhile, they show the 48C4553 carbon belt as a replacement for the 078 belt, which apparently was intended for 340-550 models. Could be their cross-reference is garbage, or the measurements I'm finding are off, but it kind of throws off the warm fuzzy feeling about the Gates belts...

Provided you can find a satisfactory match, the gates C series belts have been working great for me. I can't say they last any longer than a 3211183 but they positively work better in the springtime when underhood temps go through the roof. My OEM Polaris belts would start to color the sheaves brown with compound transfer, when I would see this and feel this (lack of RPM) I put on a gates C series belt and the performance would come back to normal. Subsequent inspections on the clutch faces were clean.

Thanks! As of right now, I'm planning on buying either the 44C4553 or the 47C4572. The second one is the C12 version that Gates cross-references to the 3211080; turns out they do make one, but it wasn't in the catalog I was digging through. The 44C4553 seems to match the 080 specs more closely, but I have a thought that maybe the C12 has a taller top rib, which would account for it having a wider top width and bigger circumference. Think I'll email Gates and see if I can get an answer.

Pretty sure I experienced just what you're talking about regarding heat and RPM loss last time I rode. Temps were in the 50s with sunshine, and I was dropping to around 7500 on longer pulls. My clutching isn't perfect, but still, it wasn't nearly that bad when I rode in the same spot when it was colder. It's not like my 600 is going to tear up any belt that's decent, but one that's more consistent will make it a lot easier to tune the rest. Anyway, I'll report back if I can get an answer on the belt specs.

Just thought I'd post an update since I've finally got some miles on a 47C4572 C12 belt. The first consideration is that you'll need to open up the primary to get the appropriate clearance. I can't remember the exact measurements I took, plus I don't have a new 080 belt to compare with, but roughly speaking the C12 belt is around .040 wider than the 080 belt. It wouldn't touch bottom on my primary; can't remember what the clearance was with the old belt, but it wasn't tight. So you'll have to shim the primary in most cases. I had the primary serviced by Indy Specialties and sent the belt along with for them to set the clearance, and it checks at around .020.

Anyway, I'm pretty happy with the performance. I skimped on the break-in somewhat; I was a little rushed, so I just did two quick rides to heat cycle the belt before I loaded up to go ride. Hopefully that doesn't affect the belt life. It's not like I hammered on it when I got to riding anyway though. We'll see how the C12 lasts, but so far it "feels" great: smooth engagement, consistent response, and runs out well. I started with empty Magnum Force weights (60g), and added a couple grams. With that, it held pretty solid at 8000-8100 RPM up to 9000'. The 080 belt performed ok in my experience, but is more expensive and hasn't seemed very durable – the one that originally came with the sled was replaced when it nearly disintegrated, and the replacement belt has some cracking and signs of wear despite only a few hundred miles.

So far, I'd say it's a home run. Unfortunately, I never did hear back from Gates on why the dimensions don't match the 080 belt. I wouldn't think you can run the 47C4572 if you're not prepared to shim the primary, so plan accordingly. I can't remember what the 44C4553 was spec'd at, but that might be a better choice if you need something that'll drop in. In my case, I honestly can't see going back to Polaris belts unless the C12 doesn't hold up, and I don't think that's likely since I hear very few complaints on the newer sleds.

Just one more thought on this: I was looking over the belt specs again today, and I think Gates has it wrong on the 47C4572. I have no idea why they spec it for the 3211080 belt: it's not the closest match in their catalog. The closest Gates belt is the 44C4553, it's the same width and 1/8" longer (probably not enough to matter). It will work in my experience – I'll update if I have trouble with mine – but it's not a drop in because of the width. Unless I have problems, I guess I'll just stick with the 4572 belt because that's what I'm set up for, but until I hear something different I'll recommend the 44C4553 as the go-to Gates belt for the EDGE.

I run the 4553 in my 04 proxr and 11 pro rmk. Works great in my rmk but i have been blowing them like crazy in the proxr. Made a bunch of changes and i think i have the issue corrected for the proxr, next few months will determine how it goes.

Sent from my SM-A530W using Tapatalk
You must log in or register to reply here.
Premium Features