Mine just started acting up but it's on hard acceleration on takeoff or slow cruising speed. Hammer on the gas and the belt slips or gets pulled down in secondary. Changed belt no difference. After a couple times it self corrects. Haven't had secondary apart. Thought it could be a broken spring. 330 miles is all.
M

Uncle Bob said:
I’m guessing you have to go to the alpha shock settings post to find that out. ?
Click to expand...

Ha. I must have thought I was posting in the other thread lol. sorry
M

Have ~1200 miles on one of their helixs with no issues
Click to expand...

Did you replace it with the stock profile? Of all the ones listed what is the stock profile? I don’t know ANYTHING about Cat clutching? The STM is just made out of better material.
I ride mainly 3000-6000’ here in WA heavy coastal snow. With a couple trips to light snow and higher elevation. Is there a particular Helix that might work better for either of those conditions? Clutching is stone stock, sled pulls 8200 under heavy load and long pulls. Stock clutching seems great but again I am probably not a great judge of that. 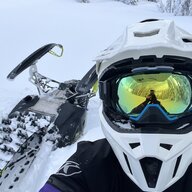 Stock is 48 straight. I ordered a 45 from cat when I before I took mine apart. Thought the 45 might help with the back shift.

Cat warrantied my helix. Unfortunately I have to get the exact same straight 48 and can't swap it for a different angle. At least Im getting a new one.
U

I just received my replacement helix also. So far it’s warranty. See how it goes.
U

I just took my secondary apart agin to check it out and new helix is bent again. Can’t get rollers out. 190 miles and two junk helix’s. Guess I’m demanding a new secondary this time.
T

Chewy22 said:
I'm not sure if it's changing shape or just not right from the beginning.


I noticed the same thing, didn't think to much of it at the time, the rollers hanging up a bit when I took out the stock helix before the first trip. I put MDS weights and a 45 degree helix on before the sled ever touched the hills. Worked great the first two trips. Then before our third trip, I put the stock 48 helix back on. I just wanted to see if I could notice a difference and damn was that a mistake. It was pretty clear it was getting hung up. The sled would backshift ok at times and then at other times it would not backshift at all. Was not consist at all, fine one second then crap the next. That night I put the 45 degree helix back on in the hotel room, the next two days were awesome. Adjusted the weights a bit to pull the correct RPMs and the sled ripped. But wow was day 1 miserable. I was super confusing why a 3 degree change in helix would have that much of an effect. But after seeing this post I'm seeing some clarity. I'm certain mine was never right from the get go. Have about 270 miles on the Dalton 45 helix now and it's working great. I was running a different 45 degree helix on the 16 and after maybe 400 miles the inner orange bushing (same as the stock bushing) was trashed.
Click to expand...

What elevation are you riding at with your set up? and im curious, did you change any spring also? 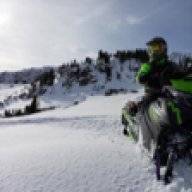 Teamfhp said:
What elevation are you riding at with your set up? and im curious, did you change any spring also?
Click to expand...

Kindly video the dealer reaction to you demanding a new secondary. Haha
You must log in or register to reply here.
Premium Features