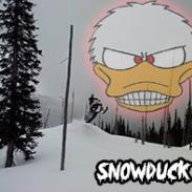 that baby looks saweet!!!! i allways wanted to get rid of the elan and on to one of those but my parents moved us on to polaris's...great lookingf sled hope it sells for you..
H

Sorry, been very busy! No it is a liquid 78 6500. Previous owner must have been trying some kind of sleeper thing as it has a F/A paint & decal scheme.
Had it at Princeton but could only stay til noon on Sat. Had tons of tire kickers & so called experts on the sled. If I had $50 for everyone that said WOW! that is a cheap price for that sled!! It would have been pd for, easy??
I'm thinkin a few were going to stop back later & buy but I was gone.
Tunnel very straight & nice, glass all redone & fresh paint/decals for F/A. Would need black paint & around $100 decal set to be back to orig. Seat,track, susp., basically everything on sled is pretty nice & would be a very easy resto to museum quality. Starts 1st or 2nd pull & runs great. Only other thing is getting back to the sleeper thing, the guy has a type 467 RV motor in it w/nippo ignition. Now I have passed on many 354 motors in the $100 range to put it back to orig. as the pipes are orig. Don't want to mess w/it as I have changed colors to Red, as in Rupp. Also have a 76 RV TNT but I am stashin that one for a future resto (I think. money talks??). I also have a set of 354 cylinders & head that I bought off a oval racer that just retired. These cylinders/head, w/his tricks done to them, were class champion for 3-4 yrs straight, right up to the day he quit, if someone wanted this for racing, I would deal.
Attached pic of 79 7500 that I sold within 5min. of pulling into Princeton. Total museum resto (2yrs of blood & sweat) LOL! & also a pic of one of the reasons I am selling some of the Bombi's I have. Addicted to Racin Red!
Also have a very fast 80 Super Sonic Moto Ski that would be a good candidate for those 354 race cylinders & head.
:first:
Hoots 507-841-0891, SW Mn

will you ship this sled? and by the way i grew up with the rupps they were sweet sleds
You must log in or register to reply here.
Premium Features