Was at my dealership in salt lake the other day and they had gotten in a 2021 Riot X alpha for a demo. Really cool machine, I love the orange and blue. Not too sure about the 40" ski stance or 146x2.6 alpha track as Ive always been a huge fan of the cat 3" tracks. So we went out for the day yesterday. The riot had 200ish miles on it by this point, so was pretty broken in. I had two of my kids bring along my 18' axys 163 and my favorite sled, my 18' man cat 153 to compare with the Riot. First of all as a mountain rider I see the Riot as a trail sled, short track and wide ski stance. On the trail in it was super fun, track grips really well and you can pop the front off the ground pretty easy with punching the throttle. Must be geared like the mountain sleds because top speed on a trail at 7,800 feet was 61mph. The mtn cat on the same trail didn't seem as playful, track would spin instead of grip and pull the front like the Riot, which surprised me. Riot a definite win on the trail (as you would expect) with the combo of wide front, killer shocks and really great track.
Once we got up to 10,000 feet I was still super impressed with the Riot. Now it hasn't snowed in utah for a week and has been warm, so this was no deep powder ride, but we were in untracked areas and it had been cold up high and the snow was very good for april 1. The snow was very soft from the warm (40 degree) temps and sun, except on the north facing slopes in the trees, it was deep and good. The Riot, as it name implies, is a Riot to ride. The 2.6 alpha track is a real impressive track for sure. In the snow conditions we were in it outperformed the power claw 3" in almost all terrain (had it been a deep utah day I think the 3" would have been better). The exception was on long steep climbs through the trees the shorter track and shorter lug was not enough, but still over impressed me by what a 146x2.6 could do. The wide ski stance was a challenge to side hill with, it just takes more rider input to initiate, but once its on its side it was pretty easy to keep there. Over all, the Riot very much over impressed me for a mountain sled. It is a very capable mountain sled. Honestly, it seemed stronger in all conditions than my 18' 153 mtn cat. I don't know if that is just the track gripping the set up snow better or if the newer C-tech 800 is that must stronger, probably a combination of both. On the deep days you won't be breaking trail for 165 3" guys, but that's not its purpose. Super great sled Arctic Cat! Im not going to say anything about the 18' axys 800, other than it felt seriously inadequate to even compare against the Riot, just glad my 20 yo daughter loves it.

Cool to hear! Should be a great sled for its intended purpose.
S

i want one even more now thanks

I have a 20 Riot X with the twin rail. I love the sled impresses me how it handles the Utah mountains. 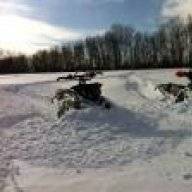 Thanks for posting this madmax.
We've been thinking of adding this sled to our family.
By the sound of it it'll do what we expect!! 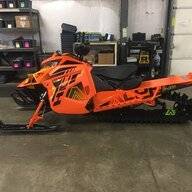 Spent a day on one in a variety of conditions and very impressed. We had multiple 2021 models to get up to the demo area; so I had my buddy ride it up. He normally rides a 165 A1 and was acting like he got the short straw when we left the trucks. A few miles in and he was giggling like a schoolgirl and we couldn't get him off of it. On the mountain we had fresh deep snow and this sled was amazing. Went through the deep amazingly well and you could control how high you wanted the nose. I rode it all the way back and loved it. I knew it would be good on the ascender chassis but didn't think it would go as good as it did. Trail was rough on the way down and what a pleasure versus our 165s. Never would have ordered one for our area without that day of riding it but have one on the floor for sale now. 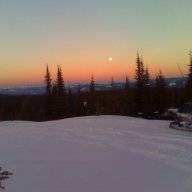 Seemed incredibly crispy to me, bottom end was superb! I’m going out again next week and taking the 20’ alpha 154 with the 21’ riot x. Should be a good compare.

Thanks please give us a update next week 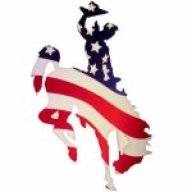 madmax said:
Seemed incredibly crispy to me, bottom end was superb! I’m going out again next week and taking the 20’ alpha 154 with the 21’ riot x. Should be a good compare.
Click to expand...

Any update since this last ride. We are considering a Riot X as well.

Stopped snowing after the riot x ride and covid locked down our riding areas, never went again.
You must log in or register to reply here.