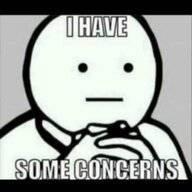 For the past 4-5 years, I've always wanted an IQR. Finally found one in May of 2018 for a good price, and it came home with me. Cue the 08' stock but trail converted IQR, sun faded and in tough shape from years of minimal maintenance and care. Stock with the addition of the 10.5 gallon tank, CFR bars, oil injection, timing box and a Jaws Race can.

First step was eliminating the 121" track and race skid. Shocks were blown, hyfax worn to the rails, and inside drive lugs ripped off a newer track from upside down torsion springs.

Was in the dilemma of running a 155" series 2.4, which is quite abundant here in Saskatchewan, However I realized the main issue is finding 2.86 drivers, which I found to not be in the budget, especially when I found the stock extrovert - style ones to work quite well. Facebook marketplace found me a 144" series 2.4 track, and skid with anti stab kit from a 10' RMK, which were promply snatched up. Next dilemma was tunnel extension and drop brackets. Van Amburg and Meathooker make very nice pieces, however the shipping and conversion to CAD made them a bit out of my budget.

The skid was fitted with rebuilt Walker Evans shocks from the RMK, and mounted 1 hole down from the stock mounting. In hindsight, I wish I moved it ahead 1" or so, as it made the track quite tight. Drop brackets were made from 1/8" Aluminum, with the tunnel extension made from tracing the stock extension and adding a few inches. The extension was then inserted between the sides of the tunnel, and under the top like factory, riveted, and trimmed.

I removed the rear pieces of the running boards, as I planned for Burandt boards in the near future. Polaris gas can rack was added, and the stance was setup with one hole level with the race front end, and one hole 1" lower for the future Pro RMK stance. Gripper skis were also added as the stock snocross skis were completely worn out.

This sled ended up being barely ridden in winter of 2018/19, as I was attending university, working, and life. Fought tuning issues, clutching, and had the unfortunate event of the water pump drive stripping, which seized one side, and forcing a bottom end rebuild. Over the summer of '19, The crank was rebuilt by CV tech out of Quebec, and a new water pump shaft/seal was installed. Top end and 1 cylinder was also done right before I found it not circulating coolant. December of 19', I scored a set of 2011 Pro RMK A-arms off Ebay for $90, which were then powdercoated blood red, as well as matching spindles coated gloss black. Shock Tec in Ontario rebuilt my front shocks, revalved them, and slugged them 1". I also found XXX modrods dragon vents, which were cut down to fit. Various issues were found with the engine out, namely wiring harness rubbing and oil lines that were routed completely wrong, with 1 carb and 1 rod bearing reciveing most of the output. Those were redone, and the pump was set for roughly 35:1 mixing. I added JS powersports low altitude jetting, as well as 45 pilots and the trail needle as most of my riding is in the cold (-20 celsius and lower). I also added a KOSO temp guage, and a AC/DC regulator from a touring model with a rectifier for powering the guage with DC power.

Next on the list was the Burandt boards I've been sitting on for 6 months. Probably one of the best add-ons I've done.

February of '20 is how it sits now. Put on 16 hours, lots of fine tuning. I need to swap the Helix in the secondary, re-gear, add scratchers, and would like to repaint/wrap the hood one day. The sleds handle amazing, I find it rides like a similar spec Pro RMK, however it pivots around, maneuvers and has much more power than the 600 CFI. The torque is amazing, and it still has 145+ psi of compression. The bars seem tall, however I am 6' 1", and they are at the perfect position for standup. Sitting, it motors down the trail like a snow Harley. I currently have it for sale, as I'm debating going back to school, however if I still have next winter, it'll be ran exactly for what it was built, a flatland, deep snow IQR Mod. 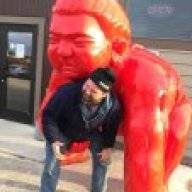 That thing came out very nice, I've always liked the look of the iqr
P

Where are you located..??

I'm in Northeast Saskatchewan.
You must log in or register to reply here.