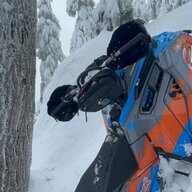 For the record.... The sled ran like a bat outta hell last weekend and not so much this weekend.

Starting off from the trailer, 2400’ elevation, the sled felt like it was not running right, but that usually is the case with clutching set for 4500-5500’ (our normal play area) and I ignored it. We got to the first part of un groomed roads and I really knew something was up. The engine seemed to be cutting out, but thought maybe rev limiter, so went from clicker 3 to 4 and maybe I wanted it to be better, but It was all in my head, it wasn’t. I went to 5, nope, 2, thats was really bad.

I now don’t think it’s a clutching issue and neither do any other riders hearing the sled. It sounds bad, real bad. We pulled the hood to see if anything was obvious and nothing. It was idling really bad and eventually started dying. Now the rpms will go to 5-5200 and that’s all.

Heres what it sounded like up on the hill.


We stared our way off the mtn, down the trail, to the road.... Now it started sounding really bad and not revving above 4k ish and that’s at full throttle and it overheated shortly after I stopped recording. We towed her the rest of the way back.

Here is the odd sound the engine was making now.

Only things done since last weekend-

-ran crankcase vent to exterior of sled
-connected an additional ground to the ground screw near the right footwell, it was tight and I removed this added wire on the mtn, no change.
-plugged in a 12v wire into the hot line near the existing fuse below the oil tank, for electric start I assume? I too removed this on the mountain, no change. (I knew this wasn’t the issue, just crossing off possibilities)
-fueled the sled this am, same fuel as the other two sleds.
-removed the goggle shelf on the clutch guard, just don’t use it. On the mtn I thought maybe the holes it exposed was directing too much hot air straight to my air filter, (I have a skinz hood and the cone filter), so I taped those up and no change.


Thats all and I want to say thanks if you’re read this far and really hope someone watches the videos and goes, “ I know exactly the problem!!”

Compression check today and both cylinders are over 150. 155-160ish. Both plugs are pretty sooted up, which as bad as it’s running, I could see this? 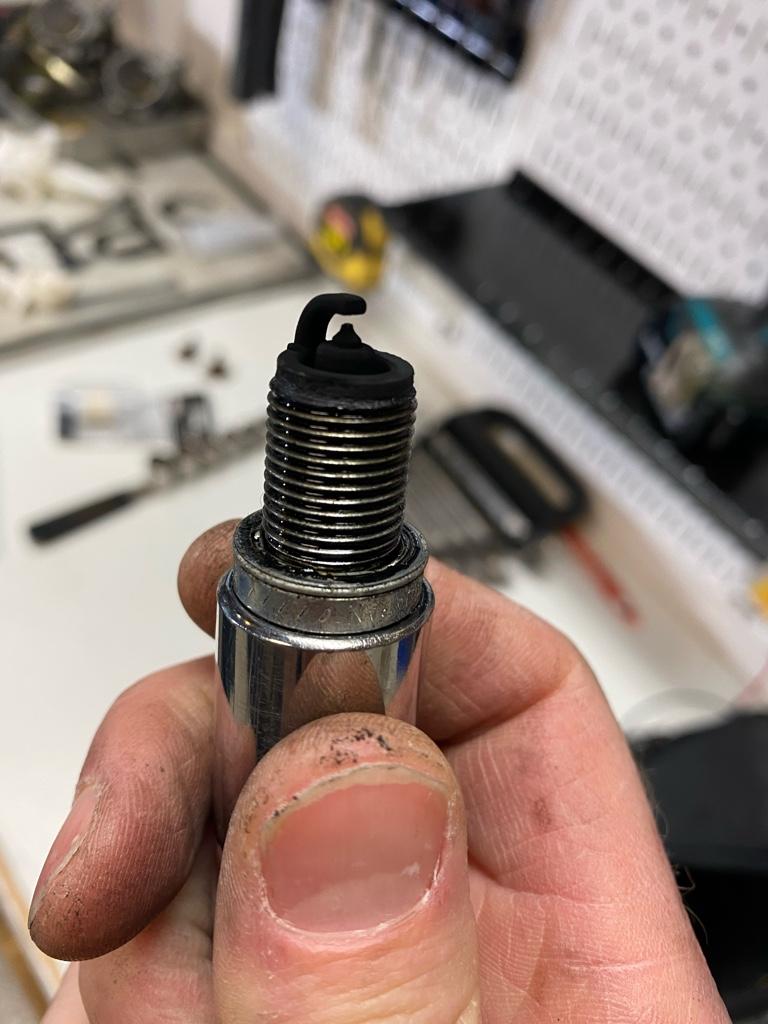 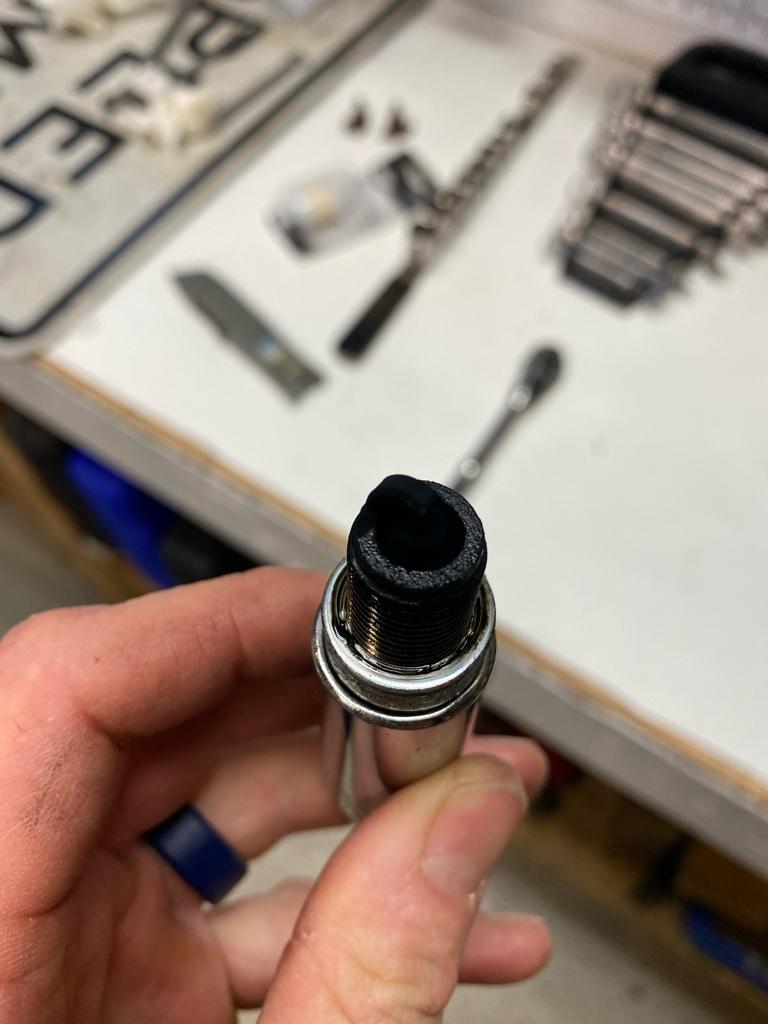 I ran the flash high beams, stand on your head, spin around twice deal and push the “M” button and got no P codes

Making me think a sensor, that only BUDS will see??

I threw a new fuel filter in, checked the fuel pressure reg and it sits fine, changed the plugs(old ones were only 2 months old...), not sure what fouled them, but they were fouled.

Fired it up and sounds like she should, let her warm up and seems like all is better. Need to get it up in the snow to hammer on it and see if it’s all better

I cut up the old filter and I’m going to say that this was probably the problem.... 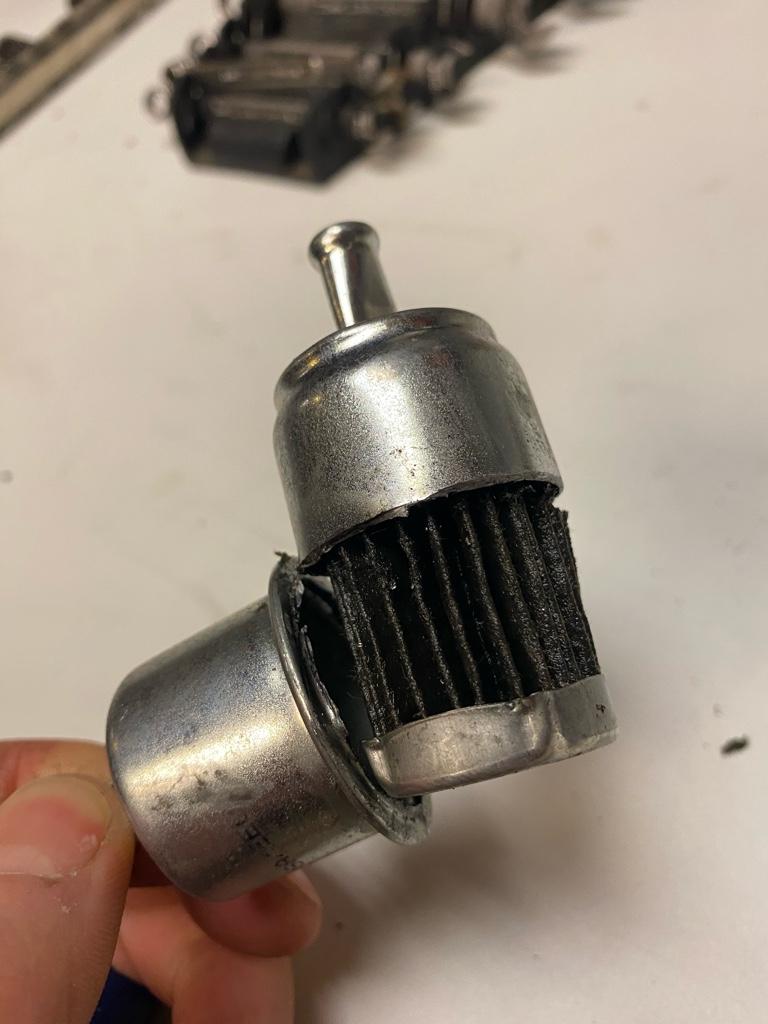 Good as new after this! Shocker, fuel not going to the engine causes engine performance issues

I change mine every year to be on the safe side, cheaper NAPA and same dang filter as Doo's.

That is a good plan, I’m pretty sure I also cross referenced and used a Napa one, don’t remember. With fuel these days, even the ethanol free this sled drinks, fuel filters are key items!