Thinking of selling my PAR 1100 twin.Engine is currently in a 2012 pro chassis that was built form just the bulkhead and tunnel. Has van amberg running boards, avid extended chain case with c3 belt drive. Kmod rear suspension with raptors, front raptors with Ti a-arms. 3in camo 156 track. Head light delete for cold air intake for turbo also have diamond s mesh hood.
I maybe have plans for the chassis but the sled and motor have been together and a few things have been done to the chassis for the motor.
I bought the motor new from Brad at power addiction.
It has 4 very short season on motor. Probably less that 600 miles on motor and chassis. I just haven't been able to get out west for more then a trip here or there since buying motor.
i have ran it with carbs and twins and also fuel injected and turbo'd.
The only issue i have had mechanically with it was the first season it broke a small piece of cylinder skirt off and it went thru motor. replaced piston, dome and had brad go thru bottom end and crank to make sure everything was fine. besides buggering up bottom end some it all check out fine with Brad and has been fine ever since.
It is currently just fuel injected. Was planning on running it some this year but just never had the time to play around with it.
Still have everything for the turbo excepted some connection hoses for blow off valve and such.
Turbo setup was basically a OVS tial setup with comp oiless turbo.
I have a vipec, pure logic tuning box and dobeck AFR+ gen 4 for it. I still have the stator and plate if someone want to go back to carbs. don't CDI box any more.
I'm open to different things:
whole sled
Just motor with or with out fuel controller/fuel management, with or with out turbo stuff.
Just looking to see what kind of interest there is.
This is a project sled even as it sets as i just didn't have time or snow to get clutching dialed in when i changed to just fuel injection was still dialing in fuel also. 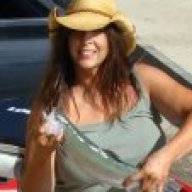 Yes I still have it, currently have single pipe with lectrons on it. Tried to text but number not working.
K

nate18 said:
Yes I still have it, currently have single pipe with lectrons on it. Tried to text but number not working.
Click to expand...