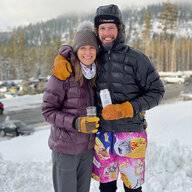 Hey there everyone. Newbie who's addicted. Got a newer sled as a trade for a dirtbike that I was selling, now I am all in. Couple weeks later I picked up a second sled for the Old Lady or buddies to ride. It's an 08' XM Summit 800 with about 1800km on it. First time I took it out it ran like crap. Would die going into reverse, didn't start great and sounded pretty bad. If I gave it throttle with the choke on I could get it started, then switch the coke off once I was rolling. When it got going it ran pretty damn well honestly. Assumed the carbs were mucked up. Tore into it with a buddy who knows sleds pretty damn well. Carb seemed gunky, cleaned everything out and replaced the float gasket. She idled like a champ and reved nice.
I replaced the plugs, belt, intake screen and got a new seat cover... thought I'd be on the way and was stoked. Trailered up and headed out to LTS this weekend. Started right up, like first pull. Un loaded, warmed up, got about 1/4 mile in and it started to run real bad and died. Started up died, choked it and it ran for a sec and died. Ended up getting out but it wasn't pretty. Got back to the truck and couldn't get it started. Went and rode the other machine for an hour or so and it started and I was able to drive it onto the trailer. Day later she started on the first pull and revved nicely again. Little scared to take her out again but might try tomorrow. My first reaction is flooding from a stuck float. Sound logical?
Went ahead and checked compression. Was getting 112 on one side and about 119 on my gauge after 6 or 7 pulls, cold with both plugs out.
Any thoughts?
Thanks in advance. Can't wait to be bigger part of this forum. Not much to contribute knowledge wise but I did pay to join and I'll buy beer. .. 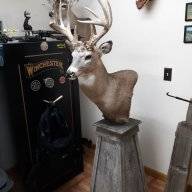 Sounds like it was starving for fuel to me. Any update on this problem
You must log in or register to reply here.